Ski holidays in Arabba - located high in the South Tyrolean Dolomites, Arabba is a delightful ski resort in the heart of the Dolomites sitting at 1602m. Arabba is part of the Dolomiti Superski giving access to a vast ski area of 1220km including the Sella Ronda and the nearby valleys of Alta Badia and Val di Fassa. The skiing in and around Arabba offers some of the most challenging terrain including the high altitude skiing on the glacier of Marmolada at 3342m.

The après-ski in Arabba is typical of most Dolomiti ski resorts - relaxed and informal. There are many good lively bars and restaurants to choose from serving up fantastic ladino cuisine - a great blend of Austrian and Italian traditional fayre.

Our view on Arabba ski holidays

Arabba ski resort may be small but punches well above it's weight when it comes to the skiing. The skiing in Arabba is more suited to good intermediates and advanced and is ideally placed for access to the Sella Ronda tour and the incredible skiing on the Marmolada glacier.

Overall, a great little resort with lots to offer both on and off the slopes. For more information on skiing in Arabba and around the Super Dolomiti trails, please see our Arabba resort guide. 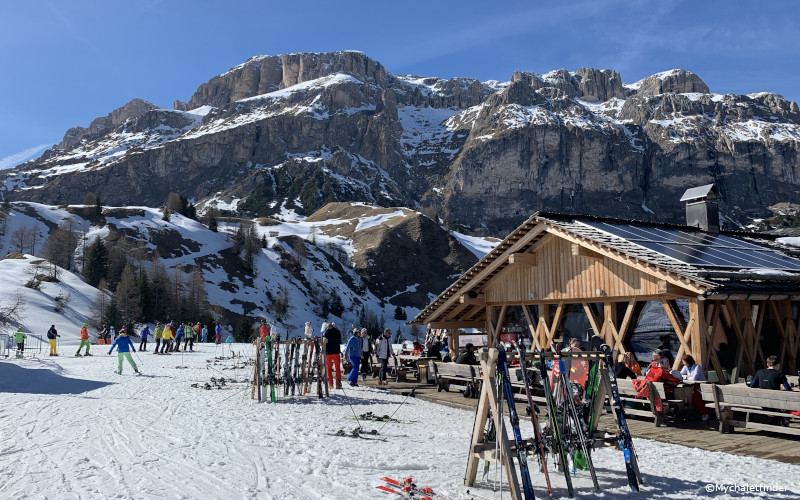