Summer skiing Skiing & snowboarding on the glaciers during summer

Skiing in summer!! - is it possible and why would you if it was? Well, there are many resorts where you can ski during the summer months and some resorts that let you ski every day of the year!

Agreed, it's not as though you can ski from morning until the end of the day because early on, it's just too icy and from around 1pm, the snow turns to slush! This means you can easily get a good 3-4 hours skiing in which if we're honest, it's what many people do anyway during the winter ski season.

The norm is to ski from around 9.30am and be off the slopes by 12.30 for lunch. Then it's a case of choosing whether to chill by the pool and sunbathe or do something else more energetic. Many glacier ski resorts have full blown summer skiing programmes where you can do as much or as little as you like from white water rafting, tennis, hiking and paragliding to name a few. 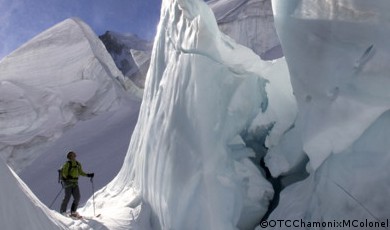 The demise of summer skiing in the northern hemisphere

Over the last decade, the number of resorts opening for summer glacier skiing has been slowly declining as global warming threatens the existence of many glaciers. Some major resorts such as Verbier, St Moritz and Marmolada near Arabba in the Dolomites have closed their doors for summer snow sports whilst others such as Solden and Stubai in Austria close their glaciers early summer and re-open around the end of September / early October, depending upon the snow cover, in an attempt to protect the ice.

Our list of summer skiing resorts include those which allow skiing pretty much 365 days a year (except when the lifts close for maintenance in September) and others where the glacial skiing stops during the peak summer months. The key facts relate to the skiing area open during the summer or early Autumn and are a guide only as the number of pistes and lifts operating depend upon the snow cover. In Stubai for example, after heavy snow in May 2013, the whole Stubai glacier was open as if it was mid winter.

The Grande Motte glacier is open throughout the year apart from the middle of September, where it closes and reopens at the end of the month. The ski area normally opens around 7am in the morning during the summer months with the last lift for skiing around 1pm - after that, skiing in slush is not a lot of fun so a popular option is to chill out and sunbathe by one of the hotel pools or by the lake. 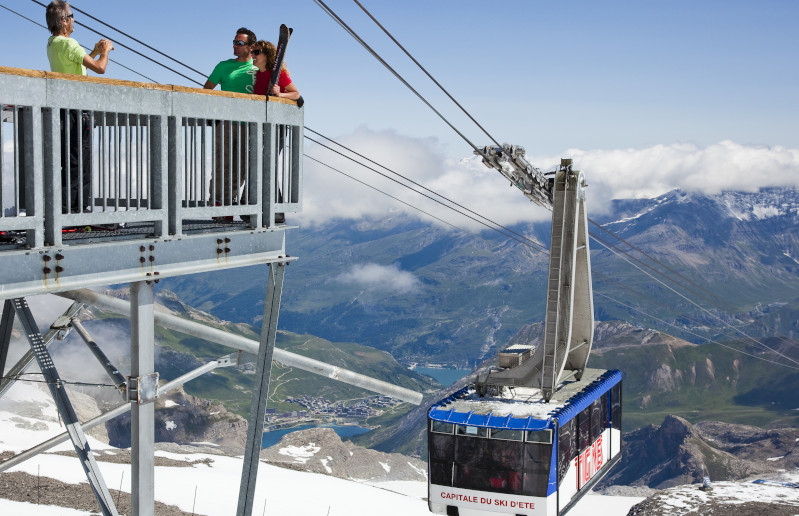 Glacier skiing on the Kitzsteinhorn high above Zell am Zee and Kaprun at 3000m. From the shores of Lake Zell, you can get a cable car up to the glacier where you can ski in the morning and swim in the lake in the afternoon. The views are spectacular from the Glacier Plateau where there is a kids area - ICE ARENA, slides, snow beach & bar!

For skiers, the lifts operate until 9th June then open again from the end of June to mid July and re-open again at the mid / end of September. For non-skiers, the Kitzsteinhorn is open all year round. 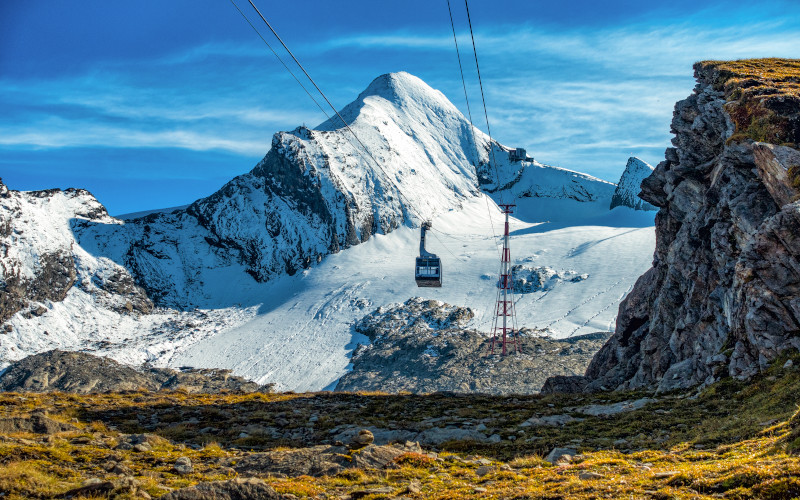 Saas-Fee is a traditional car-free resort with skiing at Mittelallalin at over 3,500m. The glacier at Saas-Fee has 20km of pistes and is easily accessible by the Metro Alpin which is an underground funicular. Incredibly, summer skiing in Saas Fee provides some fantastic off-piste routes coming off the glaciers that many resorts would be envious of during mid-winter. 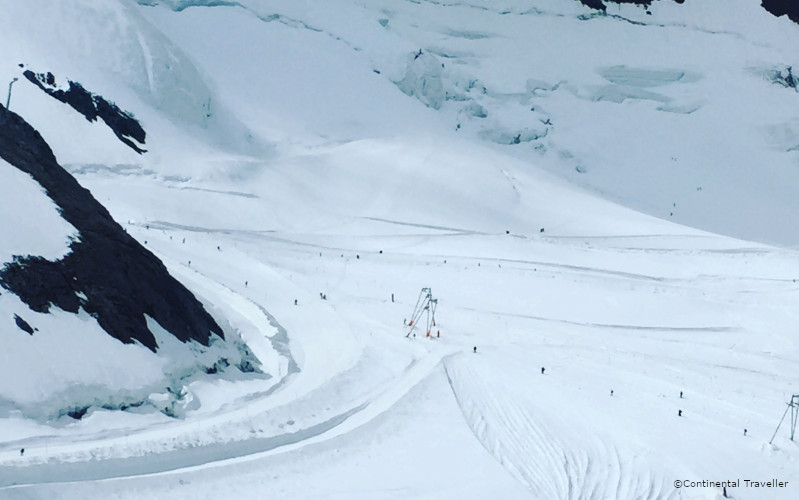 Glacier summer skiing at Zermatt is extensive with 21 km of pistes plus a decent amount of off-piste depending upon snow conditions. Getting to the glacier is half the fun, riding on the Klein Matterhorn cable car up to 3820m. Lifts open as early as 7.30am and close around 2pm.

Zermatt's summer snow area is one of the largest around and has areas that cater for all levels - even some black pistes plus there is an excellent snowboard park. 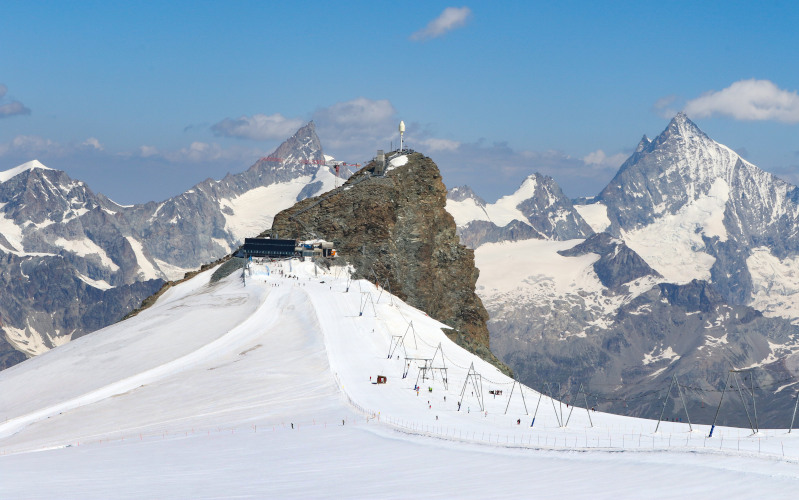 Hintertux is the large glacier at the far end of the Tux valley, just 10kms from Mayrhofen. It takes 3 cable cars to get to the top. The glacial pistes are particularly challenging in comparison with typical European summer skiing and extensive especially after a summer snow storm!! Its normal for there to be around 40km of pistes even at the end of May! Hintertux also boasts the highest half-pipe in Europe. 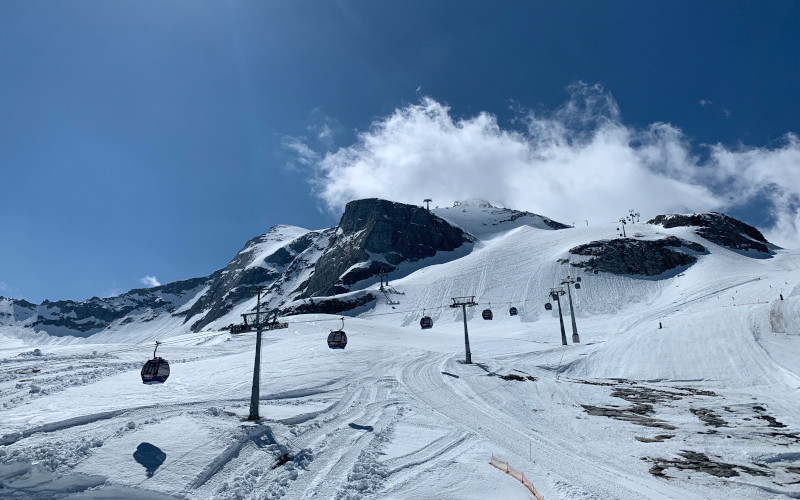 The Stubai Glacier is the largest glacier in Austria and just 20 minutes drive from the resorts of Neustift and Fulpmes. Lying south of Innsbruck in the Stubai Valley, the glacier has a huge variety of runs, mostly blues and reds between 2300m and 3200m on full snow cover which can last right the way through to July!. With around 900m of vertical, there are some fabulous off-piste runs which you'll be hard pushed to find in some ski resorts during the height of the winter season!. 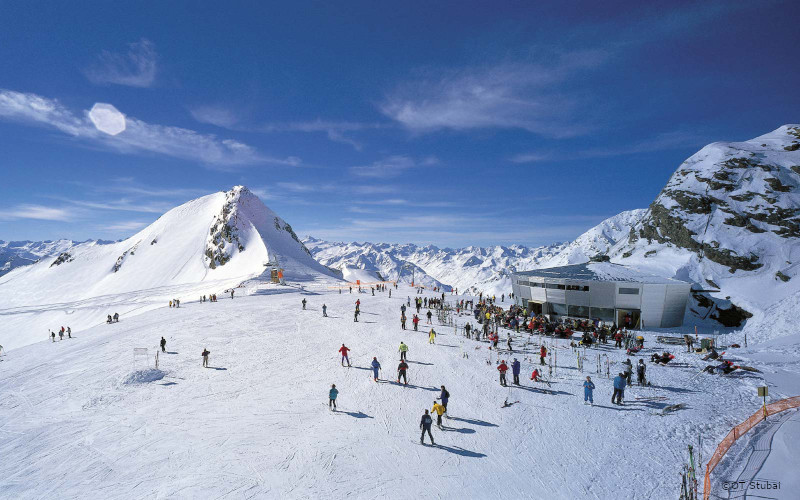 The Glacier du Mont de Lans at Les Deux Alpes is one of the largest in the Alps that is open for summer skiing which normally starts mid June until the end of August where you can ski between 2900m and 3570m. From the top you can access the off-piste playground of La Grave. There is a large terrain park with 2 half-pipes and is a great places to hang out, listen to the music, sunbathe or watch the professionals training. 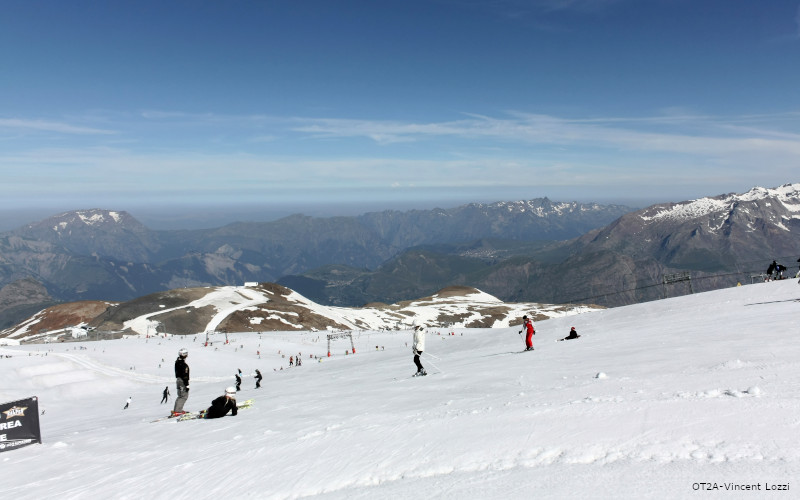 Solden has two connected glaciers, the Tiefenbach and Rettenbach giving 37km of pistes including 4km of blacks and 27km of blue with full snow cover. Summer skiing stopped in 2010 to help preserve the glaciers although you can ski right up the until the end of May and then again from the start of October. 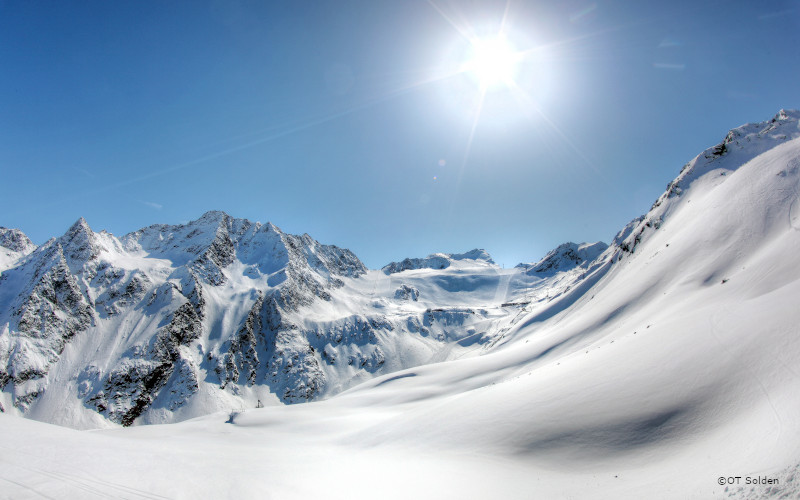