One look at the Les Diablerets piste map shows how extensive the ski area is with 100kms of local pistes. When you add in the trails on the Glacier 3000, this adds a further 25kms with the ski area ranging from 1300m up to 3000m.

Most of the skiing on either side of the village is through the trees making for some great rabbit runs although at this relatively low altitude, the snow disappears quickly towards the end of the March meaning the best time to ski is January and February. However, this does'nt include Glacier 3000 which provides excellent skiing right through to the end of April and opens again towards the end of October.

For intermediate skiers and snow boarders, Villars is paridise with over three-quarters of the pistes being Blue or Red and many rolling right back to the town centre - not quite ski-in, ski-out but very close to it.

For experts, on-piste is limited but the off-piste is anything but. Around Villars there are some short challenging routes but many take the time of touring to Les Diablerets and tackling the challenges on the glacier.

If you buy a 3 day lift pass or longer, this automatically includes the glacier plus free access to the resorts of Leysin and Les Mosses which can be reached by car opening up an additional 100km of pistes. 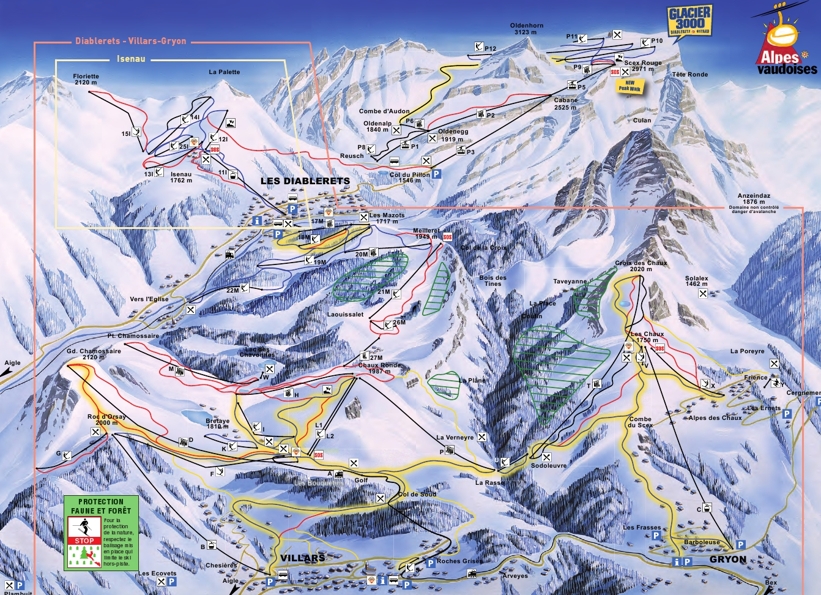