Ski holidays in the Dolomites - situated in the north east of Italy and bordering Austria, the Dolomites are home to arguably the largest ski circus in the world, consisting of 1,220km of skiable terrain served by 450 lifts. They are named after the French mineralogist Déodat Gratet de Dolomieu who was the first to describe the rock. The Dolomites offer a delightful mix of cultures with the ski resorts and mountain villages varying from the cosmopolitan and glitzy, to the traditional and picturesque. 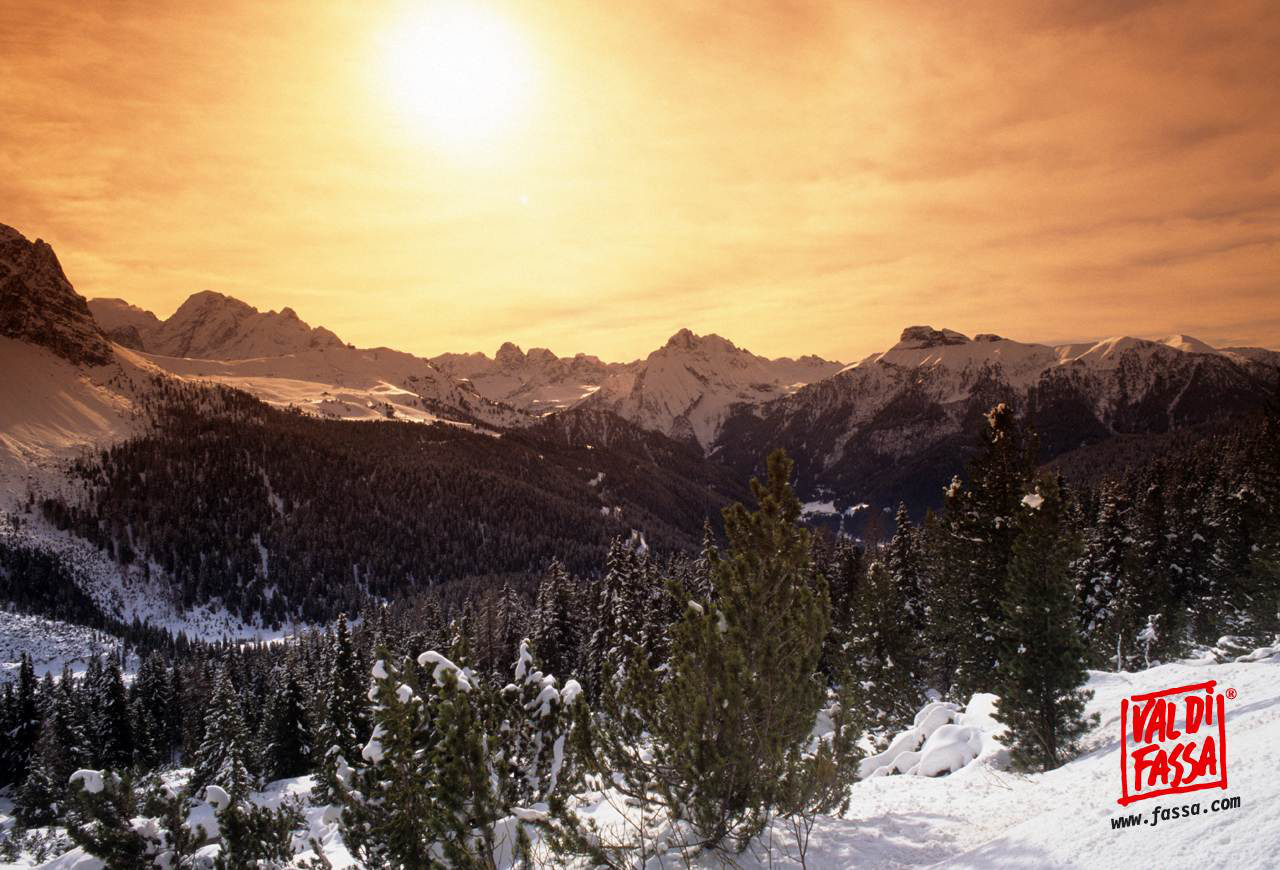 The Dolomites are unique

Dolomiti Super Ski includes the Ladin valleys of Val Gardena, Alta Badia, Arabba and Fassa. Ladino is a language that developed during the Roman times and is a mix of Latin, Italian, French and Spanish. As well as the Dolomites, Ladino is regularly spoken in the provinces of Bolzano, Trento and Belluno and the Swiss canton of Grigioni.

Dolomiti Superski extends from Veneto to the region of Trentino South Tyrol and is known for its exceptional cuisine. The valley of Alta Badia has 6 Michelin Star restaurants and there are other highly rated restaurants throughout the region. The 5 different culinary traditions of Ladin, Tyrolean, Venetian, Trentino and Mediterranean attract food connoisseurs from around the world. 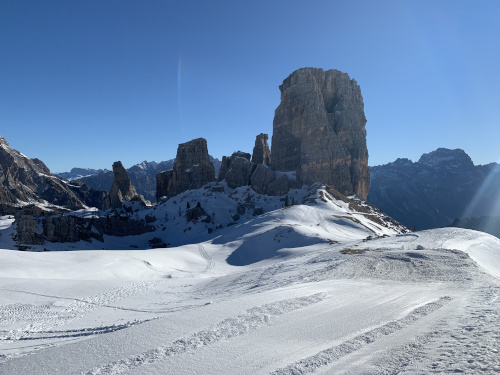 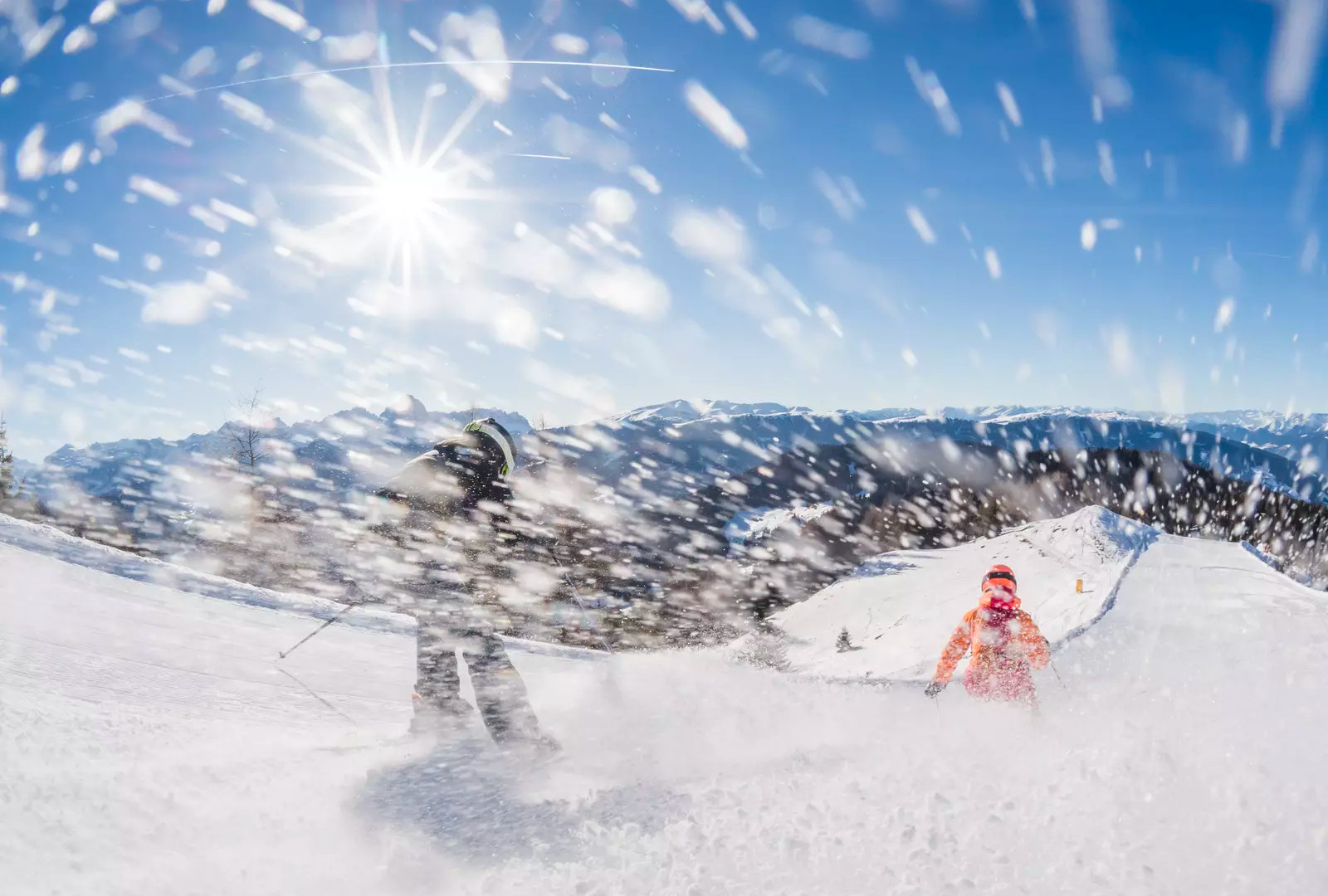 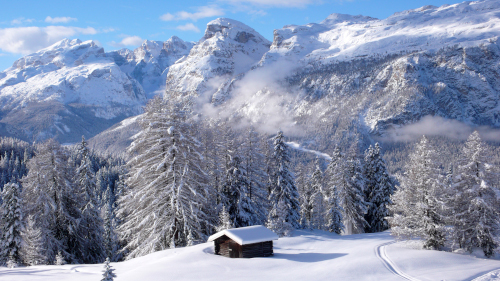 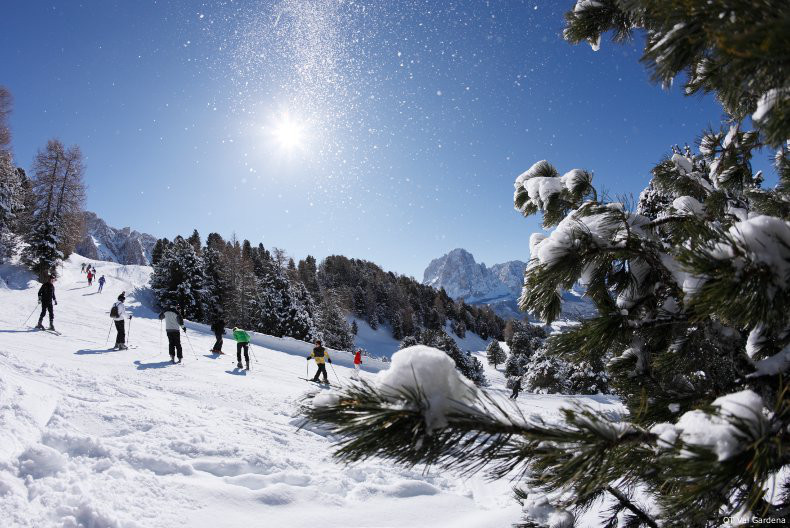 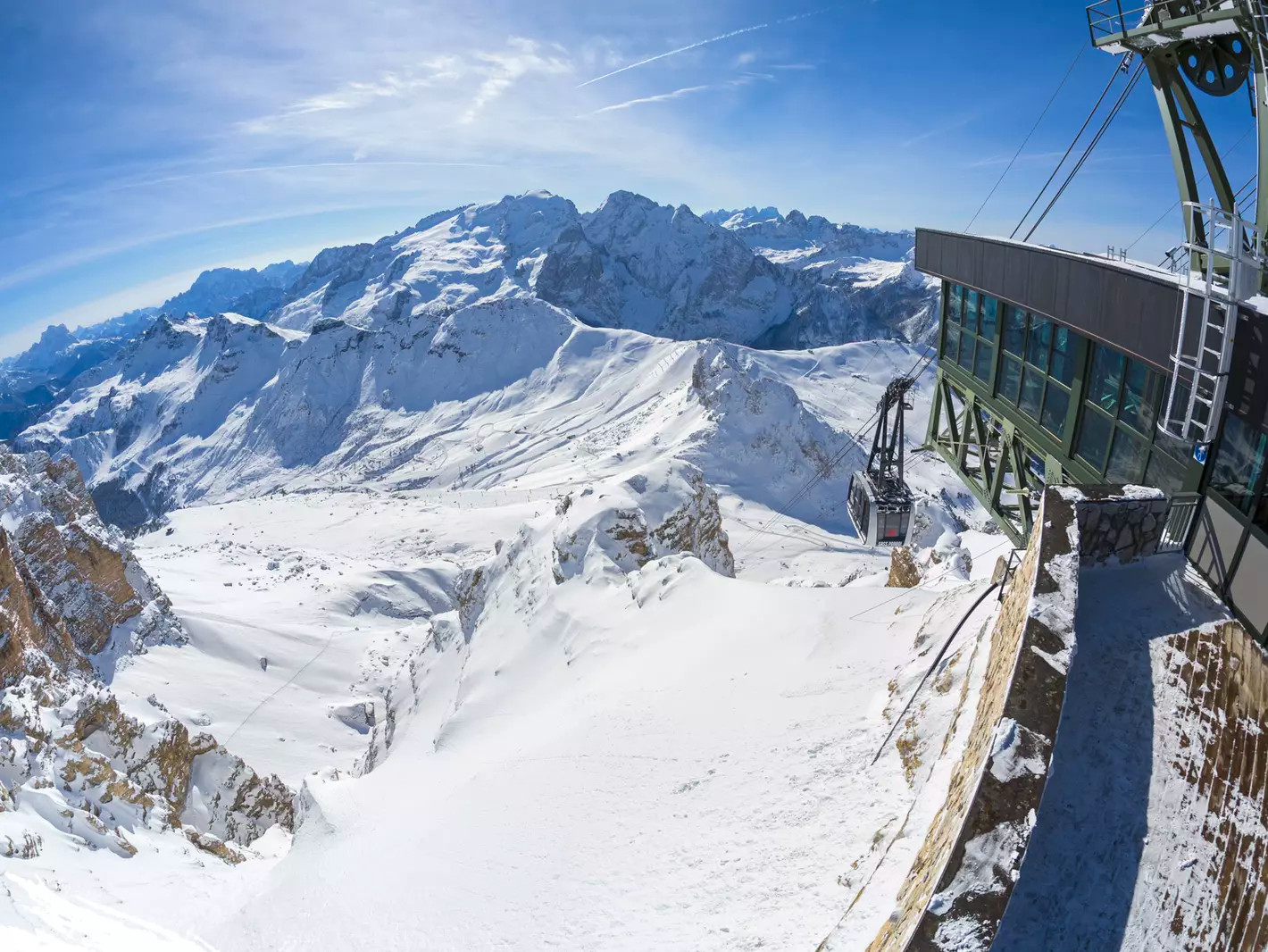 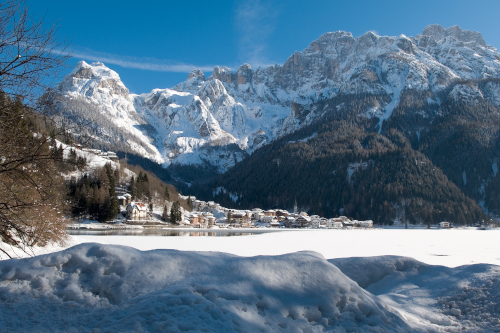 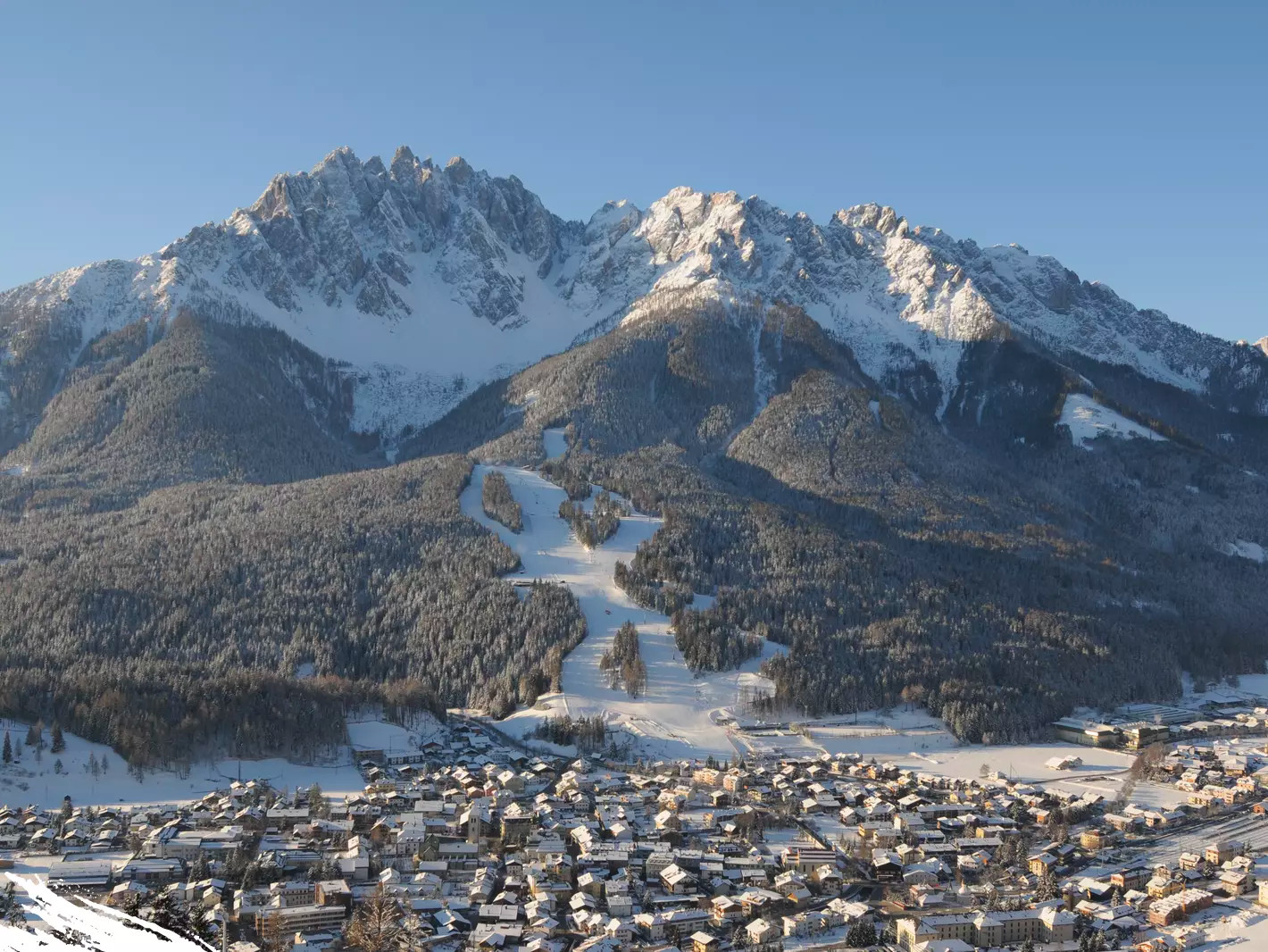 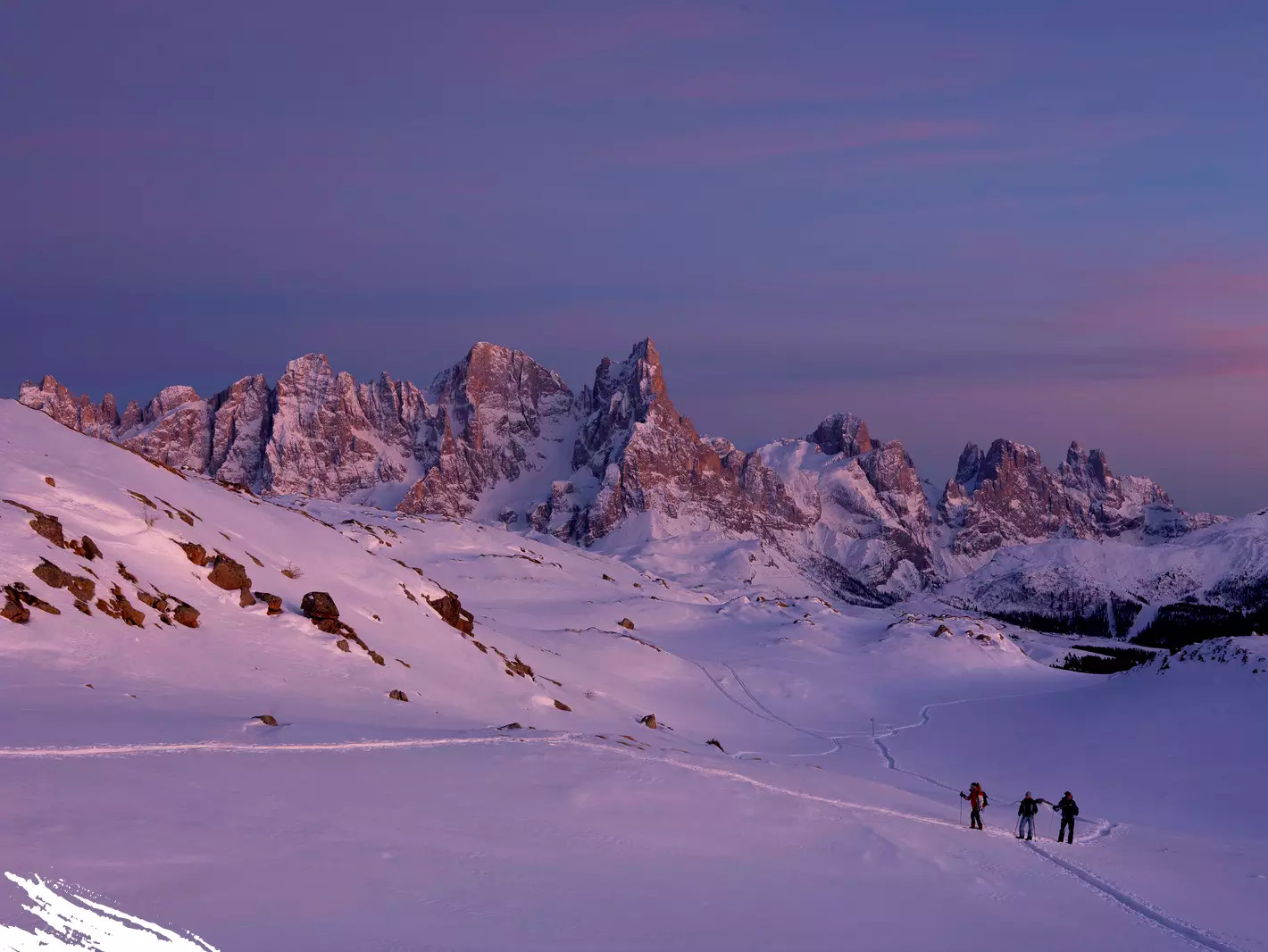 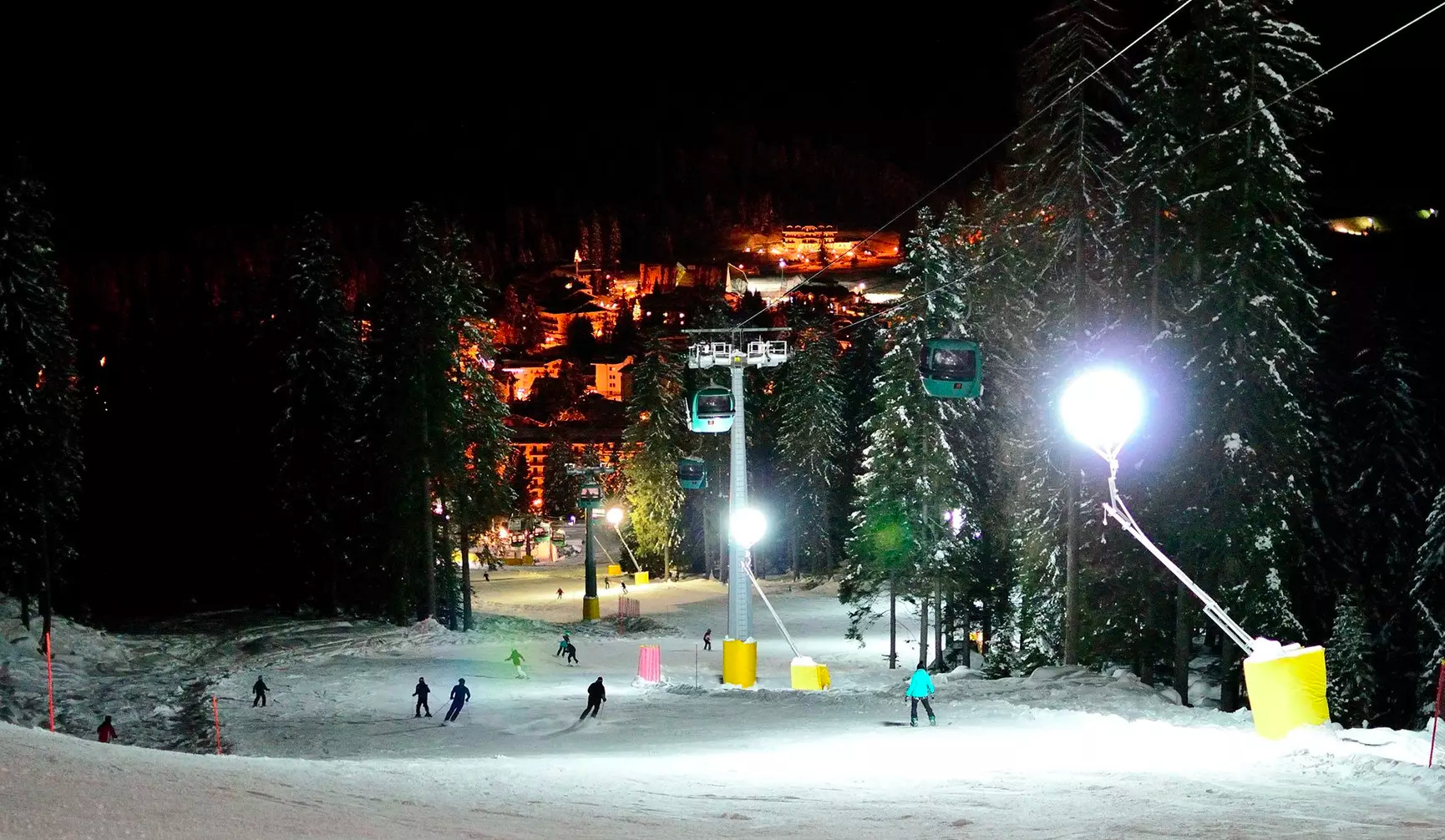 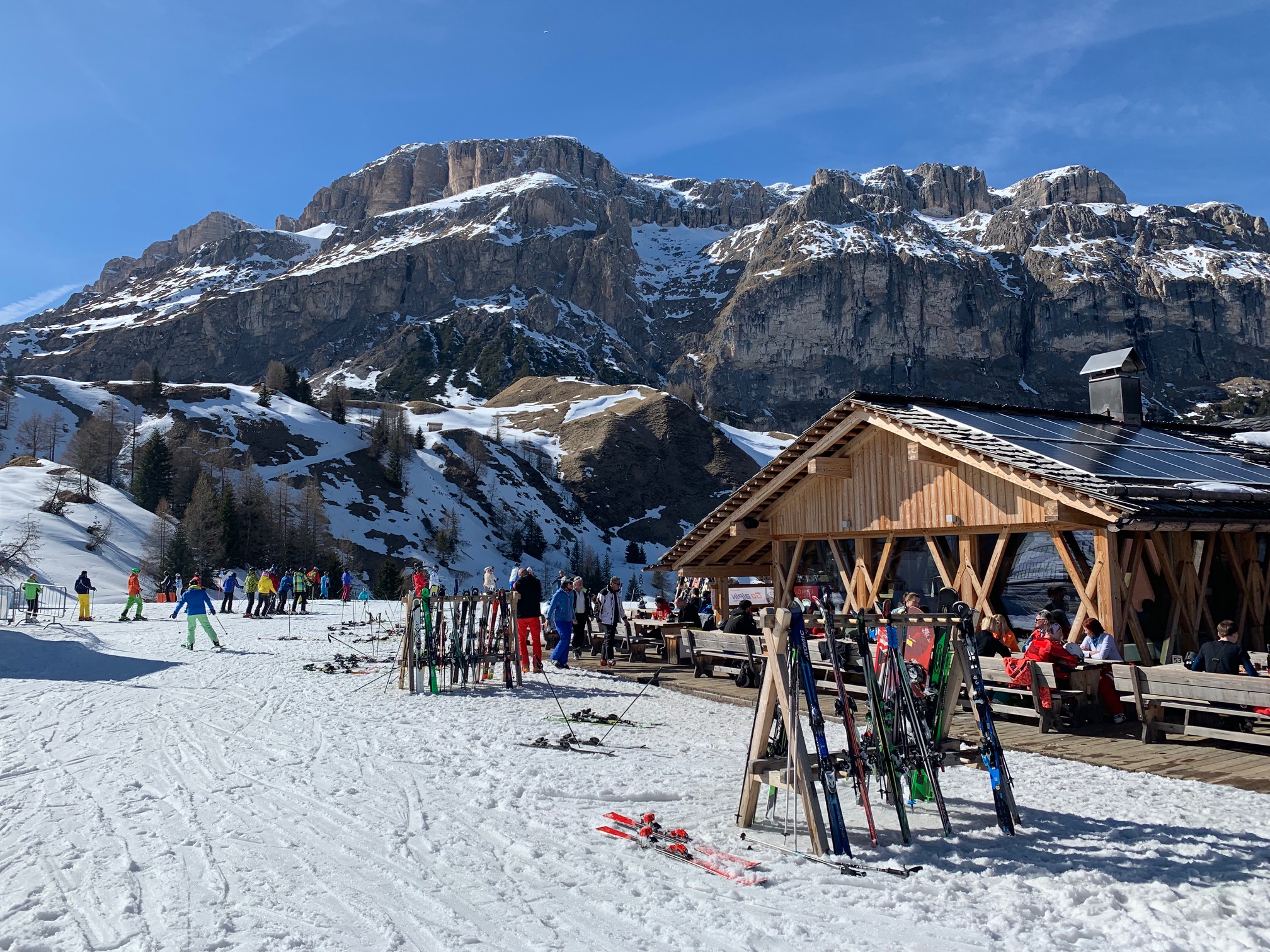 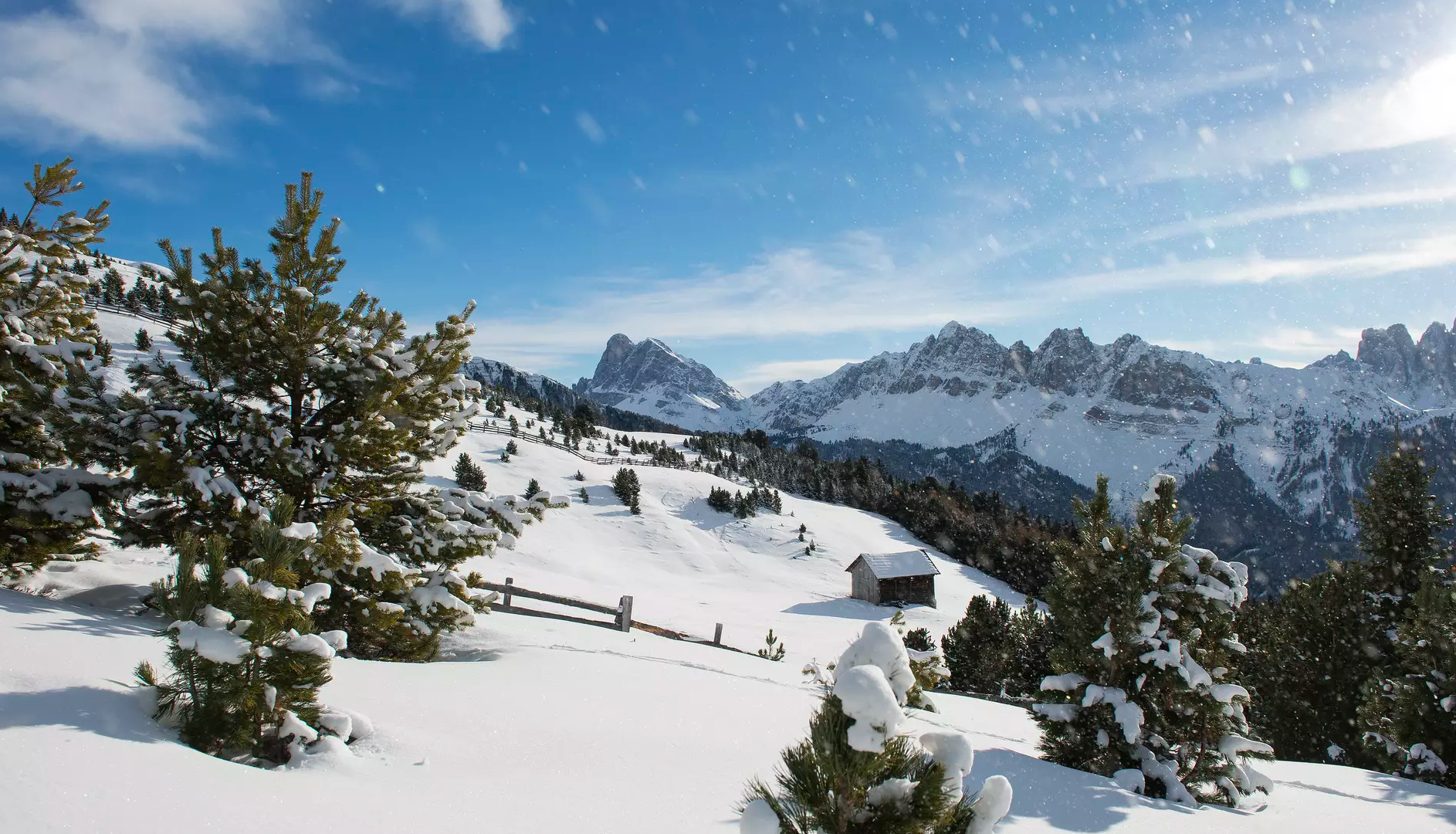 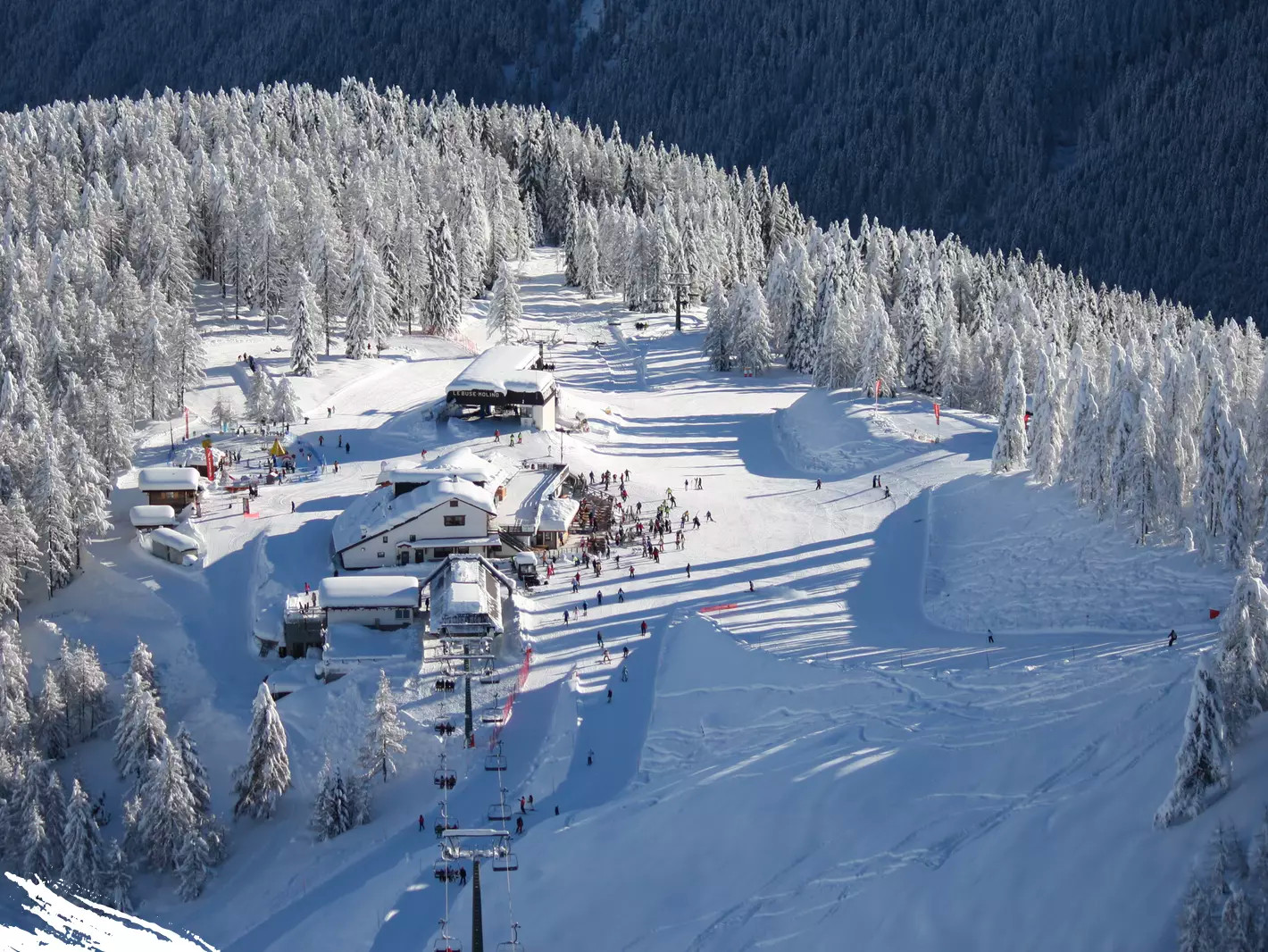 The Sella Ronda is one of the most famous skiing circuits, 24km of blue and red pistes that can be skied in either direction around the vast jagged Sella Massif mountain to which many of the Dolomiti ski resorts are connected. The Sella Ronda provides lift-linked access to the valleys of Alta Badia, Val di Fassa and the Val Gardena area, including Val Gardena - Selva where the FIS World Cup down hill is held every year.

The Gebirgsjägertour ski circuit, also known as the Peace Tour, passes beneath the peaks of the famous summits Civetta, Monte Pelmo, Tofana.

Things to See & do


The 12 regions of Dolomiti Super Ski offer so much variety in terms of what do see and do for all ages. From day trips to one of the nearby lakes to visting one of the other valleys and areas such as Alta Badia, Cortina and Val Gardena.


From cultural events to places of natural beauty, the valleys are a treasure chest of surprises waiting to be explored. With towering Dolomiti peaks, countless lakes and not to mention the Ladin culture and heritage, the choice is as wide as gets. However there are a few things that you shouldn’t miss during your stay such as...


Try out the Dolaondes, Aquapark Vidor in Canazei which is part of the spa and wellness centre spanning 2,400sqm. The treatments follow the ancient philosophy of bioclimatology used in Roman Baths and include hamman, hydromassage, frigidarium, tepidarium and Finnish sauna to name a few!


Or, try the thermal center QC Terme Dolomitin Pozza. Spread over 4,000sqm it includes swimming pools and sensory pools fed from the sulphurous Aloch thermal spring - the only one in Trentino. 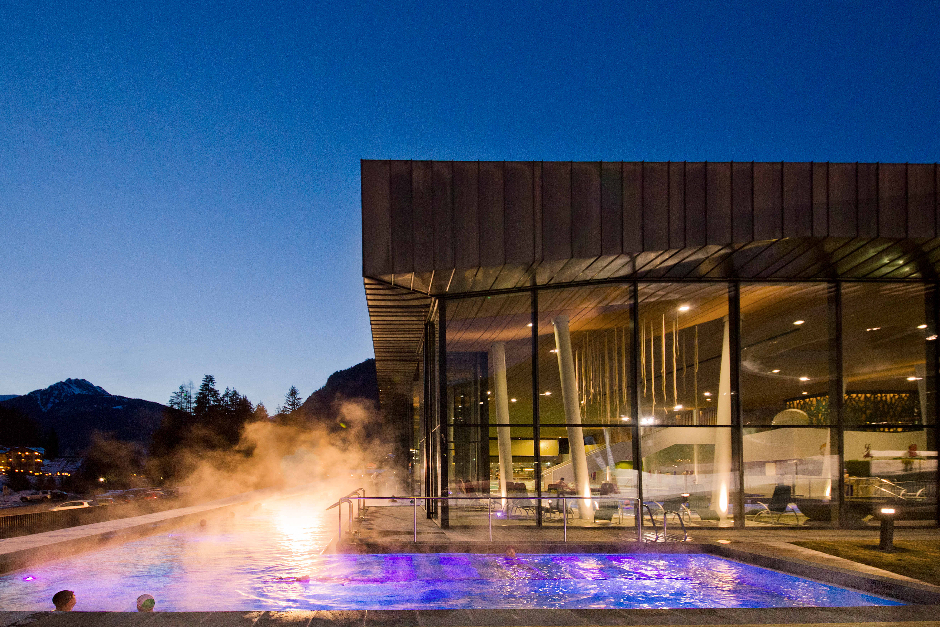 
Skiing on the Marmolada is not to be missed - from Arabba it takes around 40 mins skiing to the base cable car and then a further 2 cable cars to get to the top. The best known run is the Bellunese from Punta Rocca at 3300m down to Malga Ciapela, a vertical drop of 1800m and 12km long - truly amazing and stunning scenery all the way. 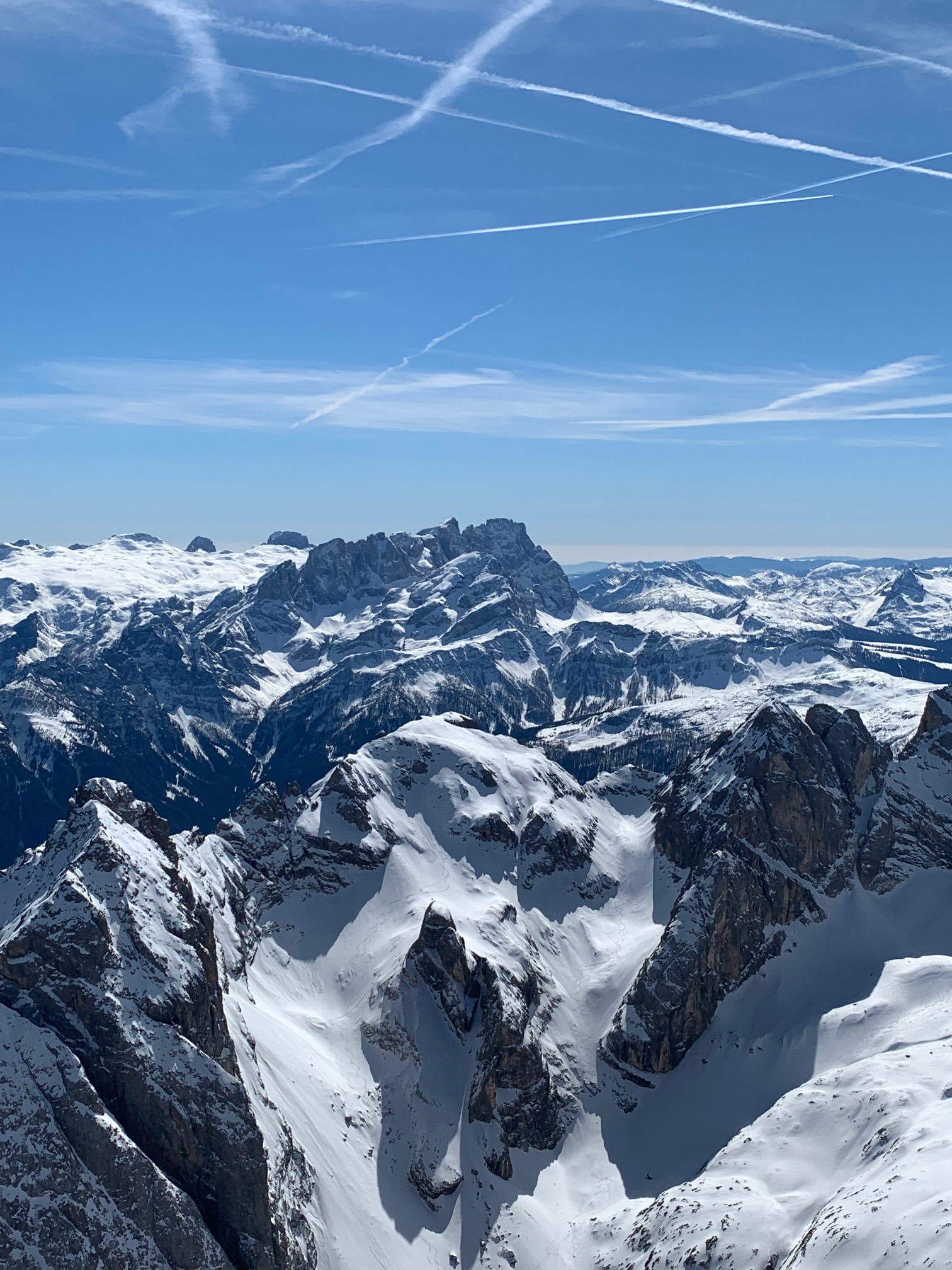 
During the First World War, one of the front lines ran through the Dolomites which saw heavy fighting between the Italian and Austro-Hungarian forces. There are now open-air war museums at Cinque Torri (Five Towers) in Cortina d'Ampezzo and Mount Lagazuoi which many people visit during the summer and as part of the organised ski tours during the winter.


Via Ferrata are "climbing paths" that have ropes, rope bridges and metal ladders nailed to cliff walls to help the climber and vary in terms of difficulty. They were created by the troops navigating their way across the region during the war. 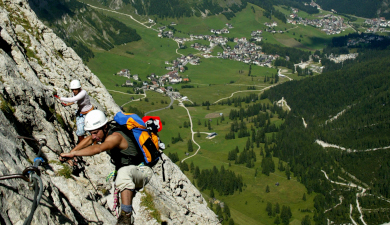 
There are a number of long distance footpaths that run across the Dolomites, which are called "Alte vie" (i.e., high paths). Such long trails, which are numbered from 1 to 8, require at least a week to be walked from start to finish and during the walk, you can stay over night in the mountain huts called "Rifugi". The first Alta Vie and, perhaps, most famous is the Alta Via 1 which is a 150km path that runs south from Pragser Wildsee, near Toblach, to Belluno. 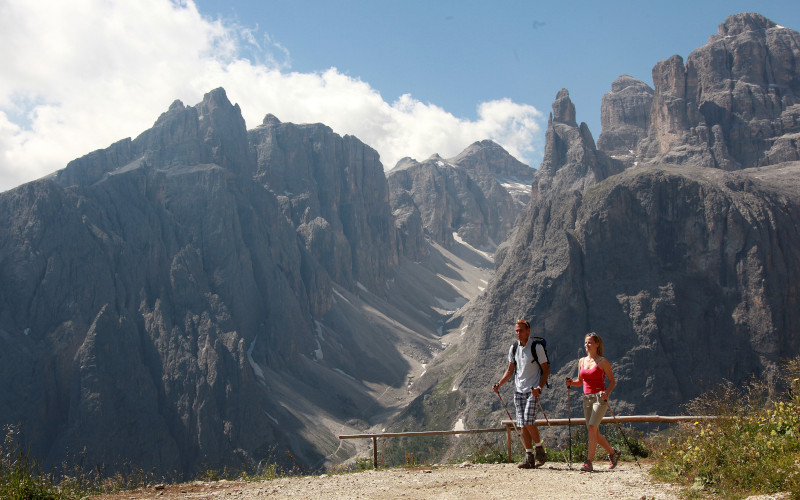 
Ski holiday rentals are getting more popular with travellers from families to adventurers.