One look at the Anzère piste map shows the variety that the ski area has to offer with it's 58kms of local pistes. When you add in the trails on the Wildhorn glacier, the ski area balloons and ranges from 1500m up to 3247m.

For beginners and early intermediate skiers and boarders, there are some nursery slopes close to town and several blue pistes. For intermediates, there are 37kms of red runs to choose from that take you from Anzère to the village of La Rousses at 1770m.

For advanced skiers, there is really on one challenging black run - the 5km long Les Masques. However, there is some fantastic skiing from the top of the Wildhorn starting at 3427m. You will need to take a helicopter to get to the top but its certainly worth it. 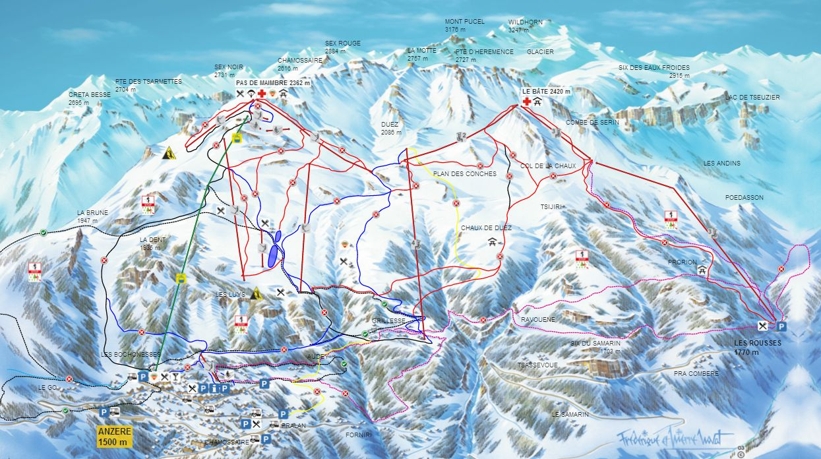