Salla is a small village in Finland close to the Russian border in the Arctic Circle - an area known as Lapland and home to Father Christmas! About 8km from the village is the ski resort called Sallatunturi. This wild part of the world is where alpine skiing started in Finland with the first Finnish championships in downhill racing and slalom being held over 70 years ago. Today, Salla still hosts FIS competition slalom races.

Being so far North, Salla is an ideal place for spotting the Northern Lights, otherwise known as Aurora Borealis. The best time to see them is autumn, winter and spring and the best displays tend to be when it's sub-zero (which is normally the case!) and clear skies. 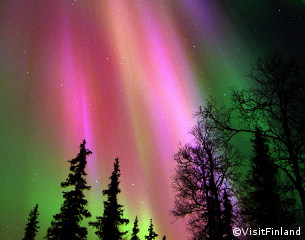 In the winter season,Salla has something for everyone whether you are looking to do some downhill skiing, cross-country or motoring around at speed on a snowmobile. The skiing terrain is not as extensive as you will find in some resorts as there just 15 slopes with max vertical of 230m, 11 of which are floodlit and all have snow making machines. However, what Salla lacks in terms of the number of km of skiable downhill terrain, it more than makes up for with it's vast amount of cross-country and snowmobile trails which are actually more popular. 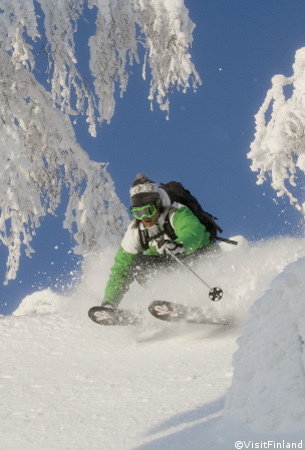 Beginners have several green and blue runs on the eastern side of the mountain to learn the basics before progressing on to some reds. For the children who are starting out for the first time, the bunny slopes as they are known are right in front of the base lift near to the restaurants and ski schools.

For intermediate skiers who do not want to go touring, the mountain offers a number of runs on the front side. This is also where you will find the snowpark.

For the advanced skiers and boarders, there is some challenging terrain on the backside including the slalom course which is used as practice ground for the professionals.

As in many Finnish resorts, cross-country skiing is very popular and there are some 147km of groomed trails around Salla to explore. 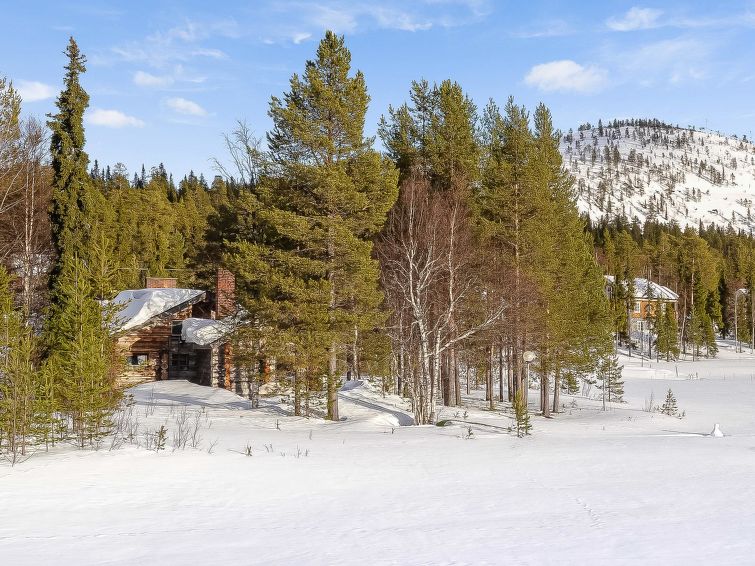 Things to see & do in Salla

If you dont fancy skiing or want to try or see something different then there is a wide choice.

Snowmobiling is very popular and Salla has 300km of trails ready for a day trip or overnight safari. Either way, it will be an adventure you wont forget.Other activities include: 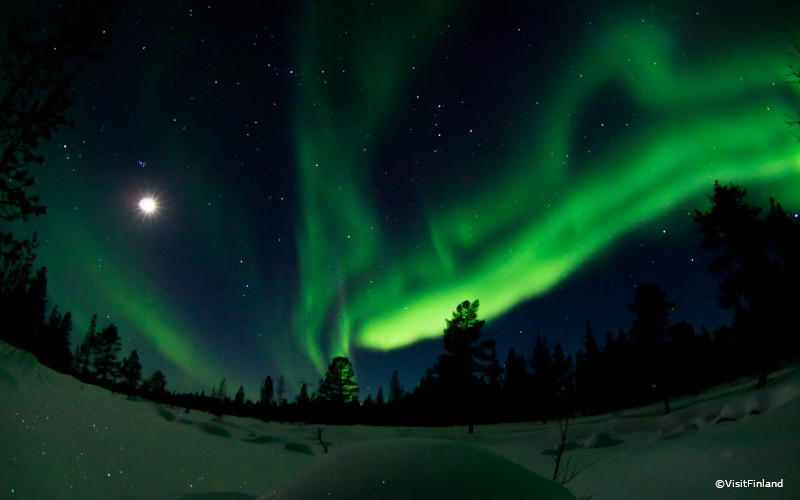 Our view on Salla ski resort

Skiing in Salla - not the most extensive downhill skiing in the world but this is not what a winter holiday is all about. Being away from it all, wilderness, deep snow and trying out new adventures.

If you like Salla, you may also want to take a look at Aviemore in Scotland and Salen in Sweden.