Thyon ski resort is located on the western side of the Val d'Hérens in the Lower Valais, close to the canton capital of Sion, Thyon forms the eastern gateway to one of the largest continuous skiing areas in the Alps, Les 4 Four Vallees, providing excellent skiing terrain for all levels.

Perched high up on the side of the mountain with superb views of the surrounding resorts and peaks including Crans Montana and the Matterhorn in Zermatt, Thyon is ideal for family ski holidays, beginners and intermediates with most of the accommodation being ski-in / ski-out.

It’s obvious that Thyon has worked hard to compete with its high-priced neighbour. There are many new, quality ski chalets being built and capital spend on infrastructure such as the recent high speed four man chair - Etherolla.

Les Collons is at the bottom of an east facing slope down from Thyon 2000 which in itself, is just a collection of apartment blocks and hotels that links into the 4 valleys. Les Collons also has a number of good restaurants and bars.

Thyon has put a lot of effort in to making sure the kids are well looked after. There is a kid's village for children aged between 3 1/2 and 6 years old where there is professional supervision and skiing lessons. There is also a nursery that takes infants from 18 months up to 6 years old.

The 4 Valleys is divided into 2 sectors: Printze and Verbier-Mont-Fort (Verbier, La Tzoumaz, Mont-Fort) with each sector having skiing for all levels.

The Printze sector, that includes Thyon, Nendaz and Veysonnaz provides ample terrain for beginners to experts with motorway blues like the Trabanta to the looming Etherolla black run and lots of off-piste.

Ski holidays in Thyon also allow you direct access in to The 4 Vallées - the biggest ski area in Switzerland with more than 412 km of slopes and 92 lifts linking the resorts of... 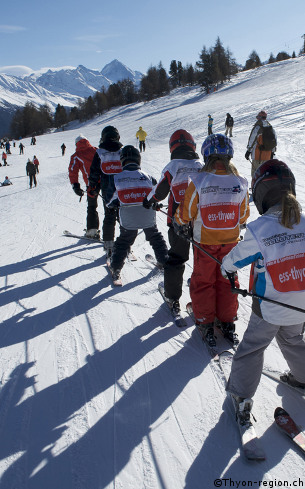 Since everybody has to learn one day, Thyon offers several slopes for beginners. The Petit Vallon and the Piccolo are beginners-friendly zones with easy-to-ride lifts.

The 4 Valleys is a paradise for intermediate skiers with around 60% of the pistes being red.

For the advanced skier and boarder, there are numerous trails throughout the 4 Valleys that are both long and challenging. Coupled with the plethora of off piste opportunities around Mont Fort, there is plenty to test the most advanced technical skiers and free riders.

Le Centralpark of Thyon is one of the best snowparks in Valais - it was awarded the best snow park in the French speaking part of Switzerland in 2010 and 2011.

From beginners to professionals, everyone can find something to suit their abilities. The park is also a great place to hang out too - there are often barbecues and music. For some excellent free riding, try out the route from the top of the Greppon Blanc in Prapero.

Things to see & do in Thyon

Thyon resembles a typical commuter town - it is close enough to get in the mix of things, but far enough to escape the crowds. The low-key après-ski keeps the late night noise pollution to a minimum, but can still generate the lively nights in a handful of pubs such as Joyce O’Sullivan’s Irish bar off the Trabanta lift.

Our view on Thyon

Ski holidays in Thyon - Les Collons are relaxed, great value and with easy access in to the fantastic ski area of Les 4 Vallees. A couple of suggestions for your ski holidays... 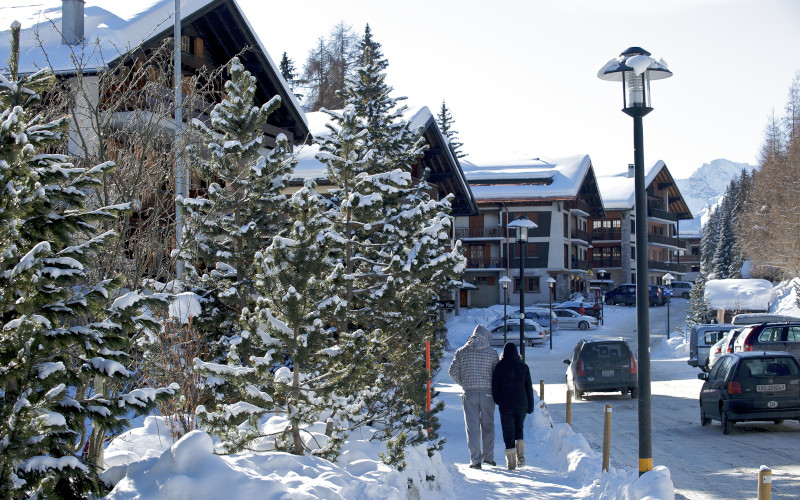 If you like Thyon, you might also want to look at Canazei in the Italian Dolomites. The scenery of the Dolomites is truly spectacular with 3000m jagged peaks in every direction...