Ski holidays in Hemsedal - a high altitude, ski resort in Norway which ensures a long and cold winter season, typically lasting from the end of October until early May.

Having said that, Hemsedal is sufficiently south that daylight hours are similar to the UK - six to seven in December rising to 12 in March - so you don't need to fear near-constant darkness.

Hemsedal promotes itself as "The Scandinavian Alps" to underline the fact that, unlike much of Scandinavia, the mountains around Hemsedal rise steeply and impressively rather than being the gentle rolling hills you're likely to encounter in most other northern European resorts.

The aprés-ski is very lively during the weekend when people from the cities head to the slopes to ski and party. There are plenty of bars and clubs that rock until the early hours. During the week, the atmosphere is more chilled out and relaxed.

It boasts some of the country's most extensive and testing terrain and has been the site of a World Cup Super Giant Slalom.

Hemsedal has beautifully groomed slopes on 3 high peaks; Totten at 1450m, Hamaren at 1350m and Roni at 1250m. The ski area is divided between the Hemsedal Ski Resort and Solheisen Ski Centre in Grøndalen.

The ski resort is of international class with 52 pistes for all abilities, a large snowboard park, creche and designated areas for beginners. The pistes have been carefully designed so that people of all abilities can ski from top to bottom, with almost 50 runs spanning three peaks including Norway's highest developed mountain at 1,487m. The pistes are generally wide and ideal for beginners and intermediates. 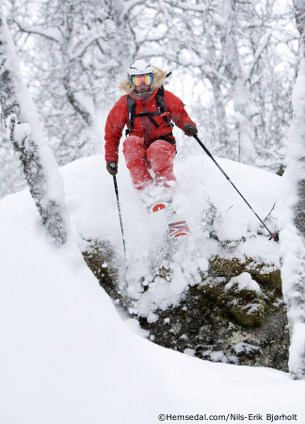 There is a beginners area at the base of the main chairlift where new comers to the sport will spend their first few days. After that, Hemsedal has 23 green slopes to get further practice before venturing on to the Blues.

Intermediate skiers will have great fun skiing in Hemsedal with more or less all the pistes being skiable especially around the Tinden area. If the slopes are too crowded, which cvan be the case at weekends, head to the Hemsedal's other ski area - Solheisen where the pistes tend to be quieter.

There are 7 black pistes for the advanced skier and in places, very stepp and challenging. However, the main thrills are to be found in the back-country where it's a good idea to take a guide and be prepared to skin-up some of the peaks to find some superb powder.

Heli-skiing is the ultimate experience and the high peaks around Hemsedal are perfect for spending a day riding down virgin powder.

Things to see & do in Hemsedal

If you don't ski or fancy something different, there are plenty of other activities to try...

The snow park is excellent and there is floodlit night riding until 9pm for most of the season.

Over the recent years, Hemsedal has seen a lot of new accommodation spring up to cater for the increasing number of tourists. These new developments are typically large lodges complete with restaurants, bars and children's play areas. The planning of the accommodation in Hemsedal certainly had the skier in mind with practically all the ski chalets and cabins offering ski-in, ski-out.

Our view on Hemsedal ski resort

Hemsedal is a beautiful ski resort and one that you wont forget for a number of reasons, the scenery, levely apres-ski and the bar prices - if you are on a budget, Norway's sky high prices could bankrupt you fairly quickly!!

If you like Hemsedal, you may also want to look at Trysil and St Anton in Austria. 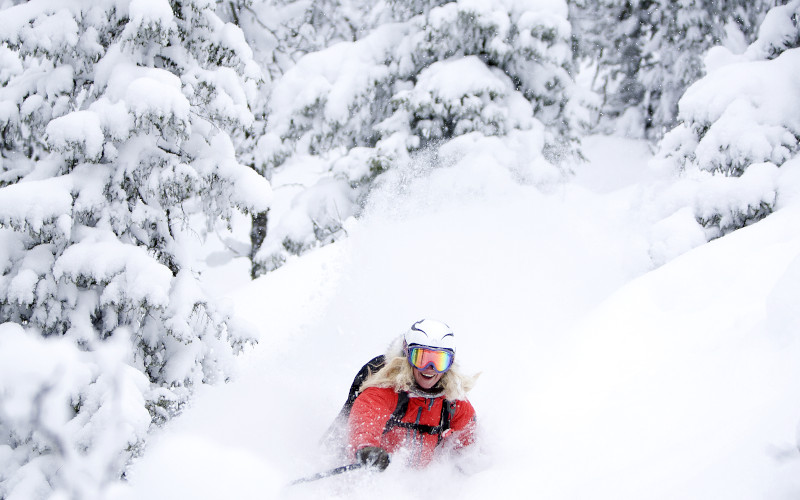