Les Angles ski holidays - sitting at a lofty 1600m in the Catalan Pyrenees overlooking the wonderful Capcir plateau and Lake Matemale is the charming town of Les Angles.

Packed with history and character, the resort provides 55kms of local pistes for all levels of skier and boarder although for those who like cruising, skiing in Les Angles can be a little limited. Fortunately, the resort is part of the Neiges Catalanes ski area giving access to several more resorts including Font Romeu and a total of 137kms of pistes over 203 trails.

Off the slopes, the apres-ski is a great mix of Catalan and south-eastern French influences making for lively and entertaining evenings - there are several cafes, bars and restaurants to choose from.

Our view on skiing in Les Angles

Les Angles ski holidays are not really on the radar yet outside of France and the Spanish border largely because many European skiers tend to head for the large ski carousels year after year such as the Espace Killy or The 3 Valleys.

However, for those in the know, the skiing in Les Angles is fantastic with great pistes and minimal queues plus being part of the Neiges Catalanes ski area means there is plenty of variety close by. In a nutshell, Les Angles is a great alternative to the French Alps at a fraction of the cost. For more information on Les Angles ski holidays, please see our resort guide. 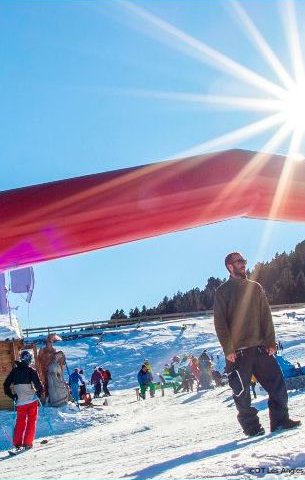