Les Menuires is a high altitude village in the Tarentaise Valley and is one of several world class ski resorts within the famous Les 3 Vallées that includes Courchevel, Val Thorens and Meribel.

Les Menuires is surround by numerous peaks over 3000m with the the highest skiable ones being Pointe du Bouchet (3220m) and Cime de Caron (3200m) in Val Thorens. These are accessed by one of the biggest cable cars in the world with a capacity of 150. The downside of being a high altitude resort is that it is above the tree line so on those bad light days when the resort is stuck in the clouds, there is no escaping to the forest.

Many of Les Menuires's slopes are north and north-west facing which means the snow lasts longer but the pistes are not often sunny. However, the resort itself faces south, and many people enjoy sitting in the sunshine at one of the many terraced bars when they have finished skiing.

The party scene is not quite as vibrant as in Val Thorens but you won't be disappointed with some very lively bars and night clubs. In contrast to Val Thorens, Les Menuires offers more of a relaxed apres-ski for those wanting quieter evenings with 61 cafes, bars and restaurants - all within the resort centre.

Ski holidays in Les Menuires are a must for those who like touring with 600km of pistes across Les Trois Vallées to explore. In fact Les Trois Vallées covers 8 ski resorts from the large cosmopolitan ones such as Courchevel to the more quaint and traditional such as La Tania and Orelle - there is something for everyone. 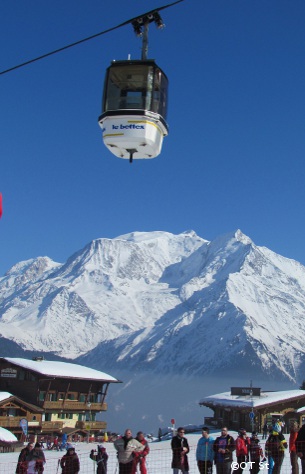 There are many wide, open and gentle pistes around Les Menuires for beginners.

A paradise for intermediates especially if you like touring with literally more piste than you could possibly cover in a week.

Again, too much to choose from but many experts head up to La Masse where there are good blacks or over to Meribel and Val Thorens where the terrain gets considerably steeper. To get the best out of Les Trois Vallées, a guide is the best option.

Les Menuires has made every effort to entertain the whole family with the introduction of 4 fun parks:

Les Menuires provides a programme of special events for the children during the ski season including the daily creche facilities where the very young are looked after. One of the many reasons why Les Menuires has been awarded "Family+" status is that children under 5 get a free lift pass.

Many new developments have sprung up in recent years as small annexes to Les Menuires such as the chalet villages of La Sapinière, Reberty 2000 and Les Balcons des Bruyères. These satelite villages and Les Menuires offer state of the art residences, many with wellness & spa facilities next to the slopes so you can ski to and from your front door! 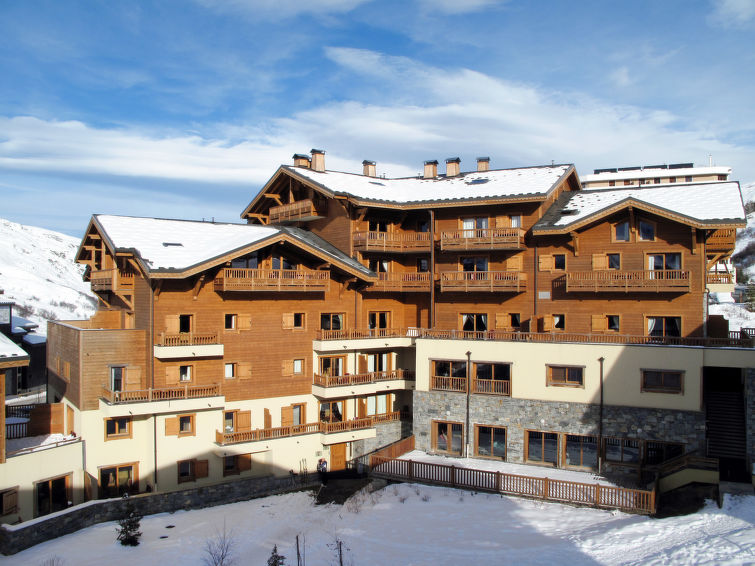 See all accommodation in Les Menuires

We think Les Menuires is a great family ski resort with the kid's especially well looked after. You are spoilt for choice in terms of where to ski and during the summer, the resort transforms itself in to a fun and action packed adventure resort...

Ski resorts similar to Les Menuires include St Anton in Austria and Pinzolo in the Italian Brenta Dolomites. Both resorts offer exceptional opportunities for touring with many connected ski resorts under one lift pass.