Ski holidays in Marilleva 1400 - sitting in the beautiful Val di Sole within the Brenta Dolomites region with The Stelvio National Park to the north and the Adamello Brenta nature Park to the south.

Marilleva-1400 is a modern resort with ski-in, ski out accommodation and lift linked to the international and cosmopolitan resorts of Madonna di Campiglio and Pinzolo, Marilleva offers lots of terrain for touring.

The après-ski is fairly relaxed and relatively quiet when compared to some of the larger and more well known resorts such as Ischgl and Chamonix. However, there are plenty of bars and restaurants where you can be guaranteed excellent local cuisine and wine.

A few kms out of town is the Zangola nightclub - one of the best in the Alps and gets very busy. 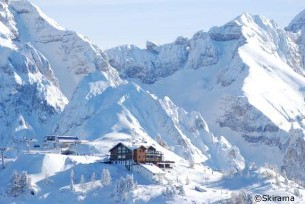 Marilleva 1400 is in the heart of the Brenta Dolomites with 53km of local pistes shared with it's sister resort - Folgarida. The lift system is fast and efficient and links the pistes to the international resort of Madonna di Campiglio and its neighbour Pinzolo giving a ski carousel of 150km of pistes across 4 valleys.

The areas is also part of the "Skirama Dolomiti Adamello Brenta" carousel covered by a single pass which delivers a massive 428km of pistes served by 150 lifts. With 90% of the pistes covered by snow cannons, snow is pretty much guaranteed.

The ski resorts covered by the Skirama Dolomiti Adamello Brenta lift pass include... 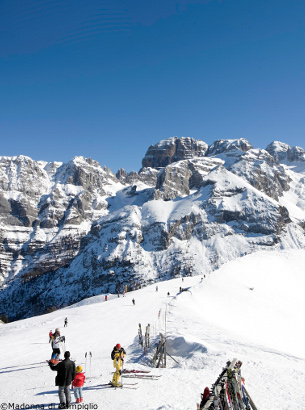 For people who have never skied before, Marilleva is a top resort to learn with lots of gentle pistes where you can learn the basics before progressing on to the numerous blues and reds.

With so much terrain on offer over the 4 valleys that connect Madonna di Campiglio and Pinzolo, intermediate skiers will have the time of their lives touring the area.

Not one of the best ski areas for technically demanding terrain but enough to keep most advanced skiers busy for a week.

Back-country touring with a guide is highly recommended if you want to experience the very best with itineraries that take you all the way to Val di Fassa on 6 day tours.

If you don't ski or fancy something different, there are plenty of other activities to try...

As with beginner and intermediate skiers, Marilleva 1400 is a good place to start and improve your boarding techniques. For a bit of fun, there are 5 snowparks dotted around the linked area all the way over to Pinzolo.

Our view on Marilleva-1400 ski resort

We think Marilleva 1400 is a great resort either for the skiing where there is ample terrain for weeks skiing or for your summer holiday. Marilleva 1400 is best described as a family friendly ski resort with excellent childcare and plenty of beginner and intermediate slopes.

If you like Marilleva 1400 being a sporty alpine resort then quite similar is the equally sporty town of Alpes d'Huez in France - great fun and with some excellent long pistes. 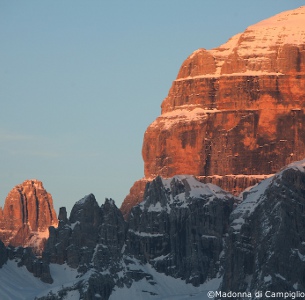