Ski holidays in Pontresina - not many people have heard of this tiny resort tucked away in the Engadin Valley but then mention that it shares the same ski area as St Moritz and ears start to prick up!

Whilst St Moritz is known for it's luxury hotels, sophisticated cuisine and jetset lifestyle, Pontresina is known as a very warm and welcoming family friendly ski resort whilst providing accesss to some of the best skiing in Switzerland. 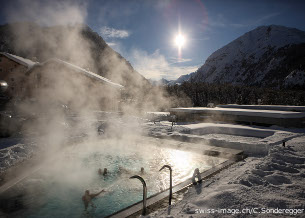 Traditional and very welcoming is how we would describe the apres-ski scene in Pontresina. There are ample cafes, bars and restaurants to choose from serving up local Ticino dishes. For a more chic evening experience, the bars and clubs in St Moritz are the place to head to - the Stübli bar in the Schweizerhof hotel is a lively apres-ski venue.

Blessed with an average of 322 days of sun a year, Pontresina is part of the largest ski area in Switzerland which is spread over several areas including Zuoz, Diavolezza-Bernina, Muttas Muragl and Corviglia-Piz Nair.

The ski area is vast with some 350km of pistes catering for complete beginners to experts and given the scale of the terrain, lift queues are rare. Ski touring is popular with some classic routes such as the Albula to Davos. As always, venturing off-piste is best and safer with a local guide. 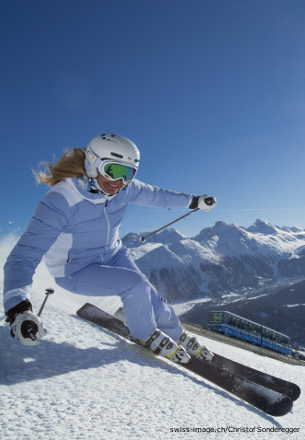 Around 10% of the ski area is geared for beginners which is actually quite a lot given the number of pistes. The two main beginner areas are in Salastrains and Corviglia.

The ski areas are tailor made for intermediate skiers and boarders with over 60 red pistes to explore.

Corvatsch is mostly north-facing and consequently home to the best snow and the most technically challenging pistes in the valley. Advanced skiers and boarders will also love the fantastic off-piste skiing here together with the touring opportunities in the back-country.

For intermediates and advanced boarders, there is almost too much choice with so much off-piste for surfing. There is also one terrain park near Marguns and a halfpipe above Signal.

With 150km of cross-country trails, you are not going to get bored. This sport is very big in Engadin - the Ski Marathon is held every March with around 12000 people taking part. 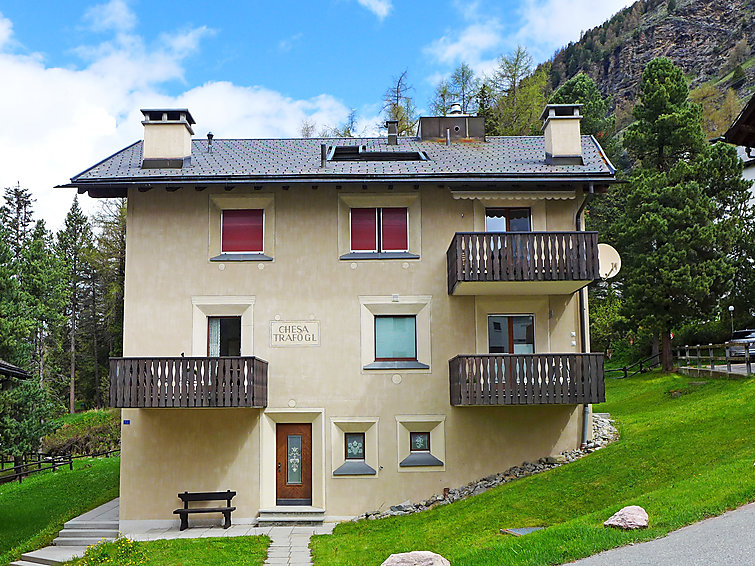 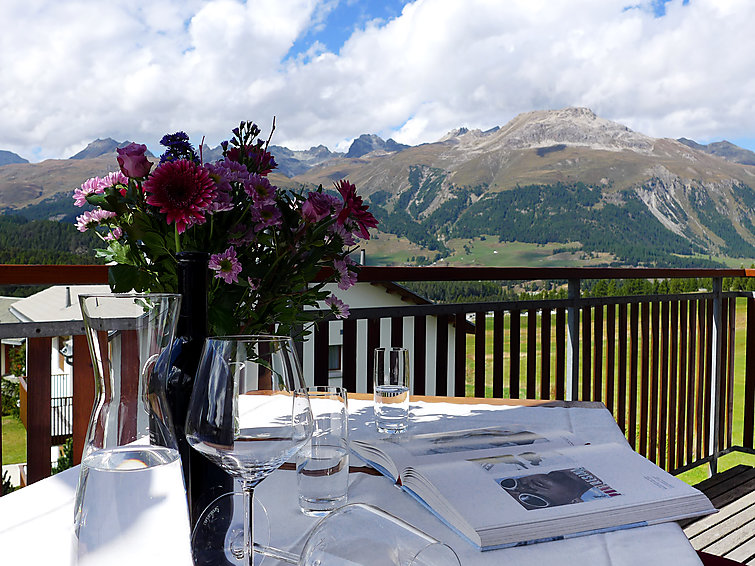 The chalets and apartments in Pontresina tend to be significantly cheaper than St Moritz whithout compromising on services and quality. Being a compact village, many of the holiday rentals are well positioned so that the local amenities are within walking distance.

Our view on Pontresina

A beautiful traditional Ticino village offer everything you could wish for on a family ski holiday without breaking the bank.

With easy access to one of the largest ski areas in Switzerland, Pontresina is a good value alternatives to the chic and cosmopolitan resort of St Moritz.

Similar resorts to Pontresina include Villars in Vaud and La Tzoumaz in the 4 Valleys next to Verbier.