Ski holidays in St Moritz - a world famous ski resort best known for it's luxury hotels, sophisticated cuisine, chic apres-ski and Romansch dialect of German & Italian. However, in the background, this family friendly ski resort serves up some of the best skiing around on it's uncrowded pistes.

Blessed with an average of 322 days of sun a year, nestled in the the Engadin, the largest ski area in Switzerland bordering Italy, St Moritz is one of those ski resorts to visit at least once.

St Moritz is divided in to 2 main areas - St Moritz Dorf is the fashionable main town above Lake Champfe and St Moritz Bad at the lakeside. During the winter, the lake freezes over to make way for ice skating and polo.

Skiing in St Moritz is spread over several areas including Zuoz, Diavolezza-Bernina, Muttas Muragl and Corviglia-Piz Nair and with the resort sitting at 1800m, snow is virtually guaranteed. Only Corviglia is reachable from St Moritz Dorf - the other areas require a short bus ride.

The ski area is vast with some 350km of pistes catering for complete beginners to experts and given the scale of the terrain, lift queues are rare. Ski touring is popular with some classic routes such as the Albula to Davos. As always, venturing off-piste is best and safer with a local guide. 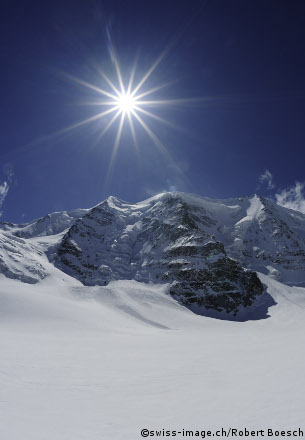 Around 10% of the ski area is geared for beginners which is actually quite a lot given the number of pistes. The two main beginner areas are in Salastrains and Corviglia.

St Moritz is tailor made for the intermediate skier and boarders with miles of piste and off-piste to cruise around on.

With limited on-piste challenges, advanced skiers and boarders will love the fantastic off-piste skiing especially on the Corvatsch area plus the fantastic touring opportunities in the back-country.

For intermediates and advanced boarders, there is almost too much choice with so much off-piste for surfing. There is also one terrain park near Marguns and a halfpipe above Signal.

With 180km of cross-country trails, you are not going to get bored. This sport is very big in St Moritz and the Engadin Ski Marathon held every March normally has over 12000 taking part.

The après-ski is chic, vibrant and sophisticated. Whilst there are many wine & piano bars and restaurants dotted around St Moritz, the majority are within the upmarket hotels. Stubli is our favourite in the Schweizerhof hotel which is a very lively wine bar with dancing and live music - great fun! For late night partying, try the King's Club at Badrutt's Palace or the Dracula Club at the Kulm Hotel.

St.Moritz is not short of high quality spas as you might expect given it's clientele. Most of the wellbeing facilities are in the 5* hotels such as Badrutt's Palace and the Kempinski. 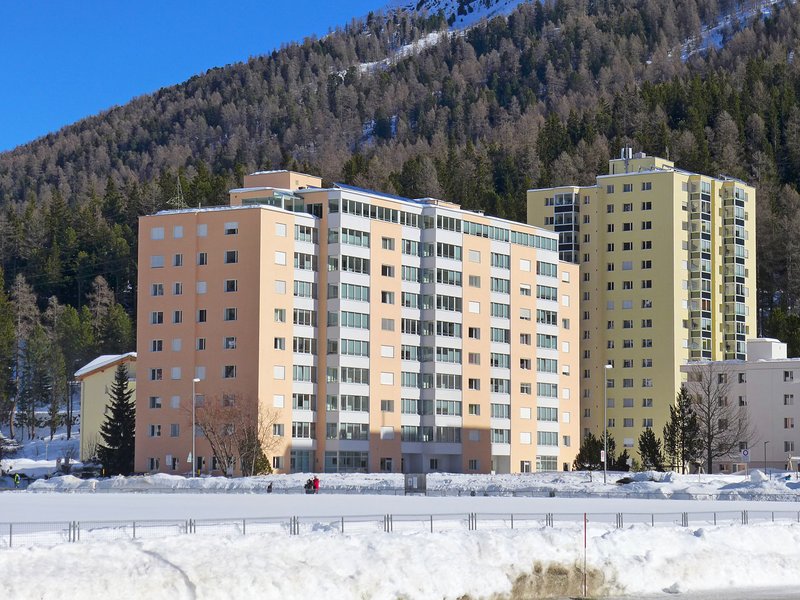 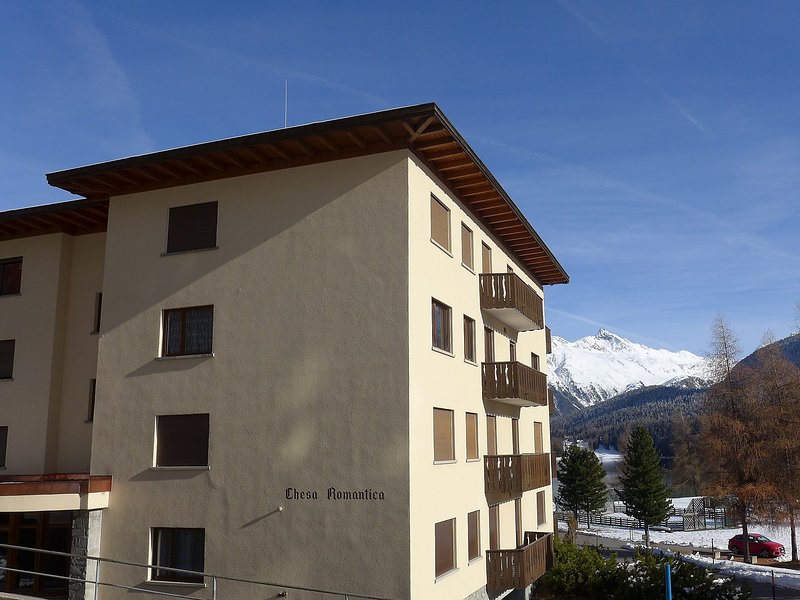 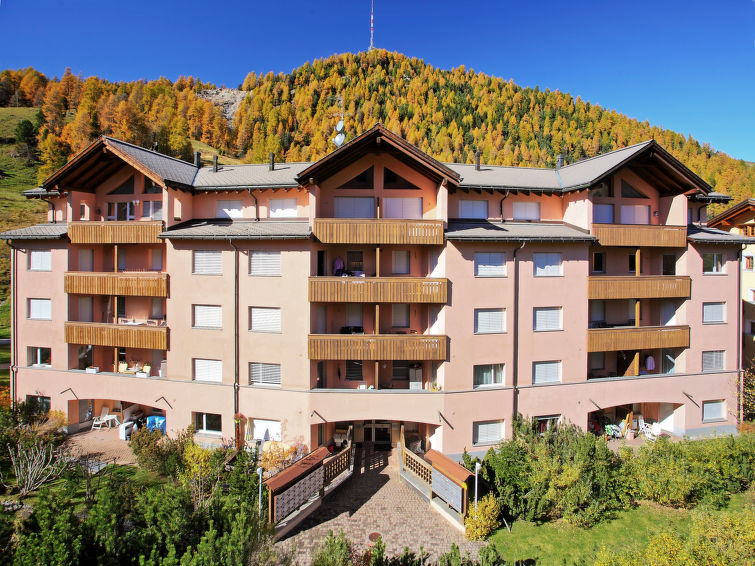 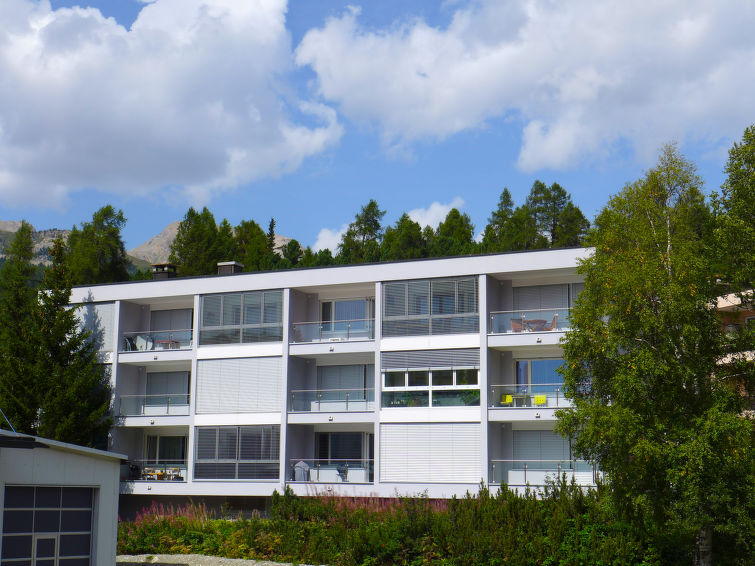 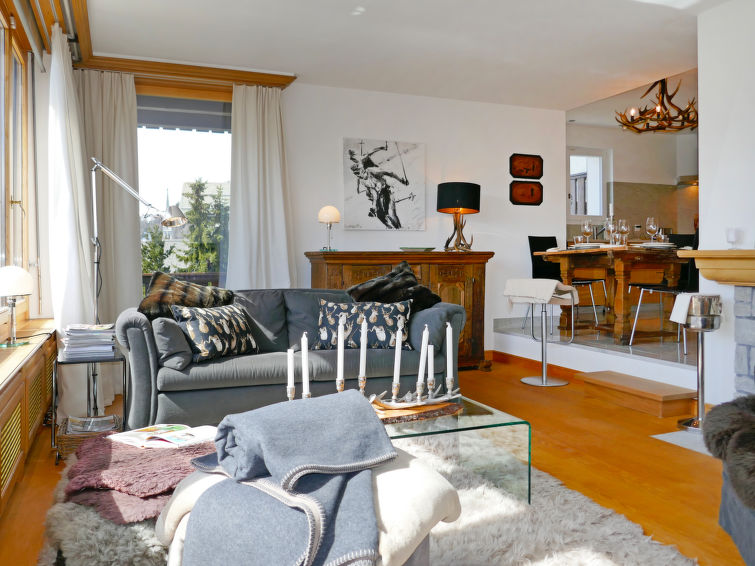 Whilst St Moritz is the famous resort in the Engadine, there are several neighbouring villages that provide easy access to the same ski areas including...

Sils is a typical Swiss chocolate box village sitting at the entrance to the Val Fex with good access to the big Corvatsch ski area via the local mountain - Furtschellas.

Bever is an enchanting Engadin village and is a good base for family holidays. Everything is tranquil and relaxing and you wont find any night clubs here.

Madulain is the smallest village in the Upper Engadin with less than 200 inhabitants.It is quiet and relaxed but just 15 minutes from St Moritz. 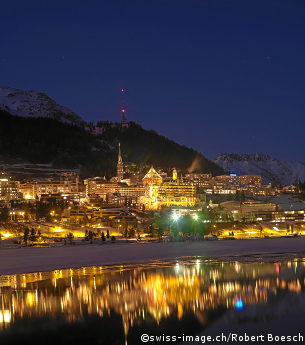 You've got to hand it to St Moritz, it really is an exceptional place to go for luxurious ski holidays. It may not be the most convenient or the cheapest ski resort, but it definitely has that chic factor that attracts people from all over the world.

If you like St.Moritz, why not have a look at the chic ski resorts of Kitzbuhel in Austria, Vail in the United States or the famous resort of Cortina in the Italian Dolomites.