Ski holidays in Saas Fee - with over 280 days of sunshine and one of the most stunning ski resorts in the Alps with choc-box ski chalets dotted around the slopes, Saas Fee earns its reputation as a world class destination.

Saas Fee almost guarantees snow given that it sits at 1800m with many of the ski runs between 2500m and 3500m. In fact, you can ski on the glacier pretty much all year round. The downside to this is that you will notice a distinct lack of trees so not a resort to go to if you like zipping around the forest trails.

At first glance, it is easy to think that Saas Fee, apart from being one of the most beautiful ski resorts in the Alps, is a fairly quiet place with sophisticated bars and restaurants. While this is true, there is also a vibrant party scene with very lively bars and clubs.

There are over 100 restaurants that serve a wide variety of cuisine ranging from hearty Swiss and Valais specialities to fine gourmet cuisine from Europe and around the world. There are also plenty of cafés, bars and pizzerias.

Saas Fee has great childcare and offers ski-kindergarten for beginners (3-4 years) and non-ski kindergarten (18+ months). There are also some excellent nurseries in the nearby villages of Saas-Grund, Saas-Balen and Saas-Almagell plus local babysitters.

As you would expect being so high up, the ski season in Saas Fee is long, typically starting mid November and finishing early May depending upon the level of snow cover. After this time, skiing on the glacier is possible pretty much all year round. Just check with the Tourist Office (www.saas-fee.ch) before you go summer skiing just in case the lifts are closed for maintenance.

With 145km of marked pistes, Saas Fee has a reasonable amount of terrain to keep most people fully occupied for a week or two. However, if you fancy experiencing a whole new world of off-piste fun, the possibilities are endless but remember to take a guide! Skiing is also possible in the nearby resorts of Saas-Grund, Saas-Balen and Saas-Almagell although you will need to take the local bus as the resorts are not linked by piste or lifts. 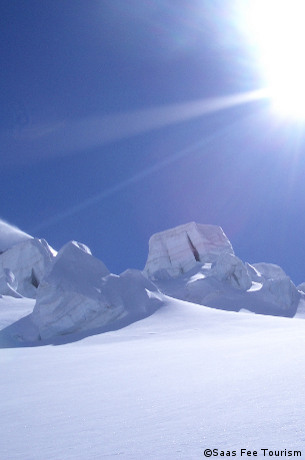 The dedicated nursery slopes where the ski schools meet are at Staffelwald’s right by the centre of the resort. The area is perfect for beginners and youngsters to learn the basics before progressing on to some gentle blues on Felskinn and Morenia. Children up to 9 years old receive a free lift pass if accompanied by a parent.

Saas Fee is perfect for the intermediate with around 90% of all pistes being either Blue or Red. Whilst unlike the circuits of the Grand Massif, Portes du Soleil or the Dolomites where you can go touring all day and not ski the same run twice, Saas Fee is more about the length and vertical decent of individual runs such as from the top of Mittelallalin at 3500m all the way back to the village at 1800m.

There are a few good challenging runs off Felskinn and Spielboden and some excellent marked itineraries like the ones in Verbier. However, if you are looking for off-piste then we suggest you hire a guide who can take you touring around the very high mountain terrain.

Things to see & do in Saas Fee

Saas Fee is popular with snowboarders of all levels for its terrain parks and its nightlife! In fact, the terrain park is considered to be one of the best in Europe which is quite an achievement given the competition out there. 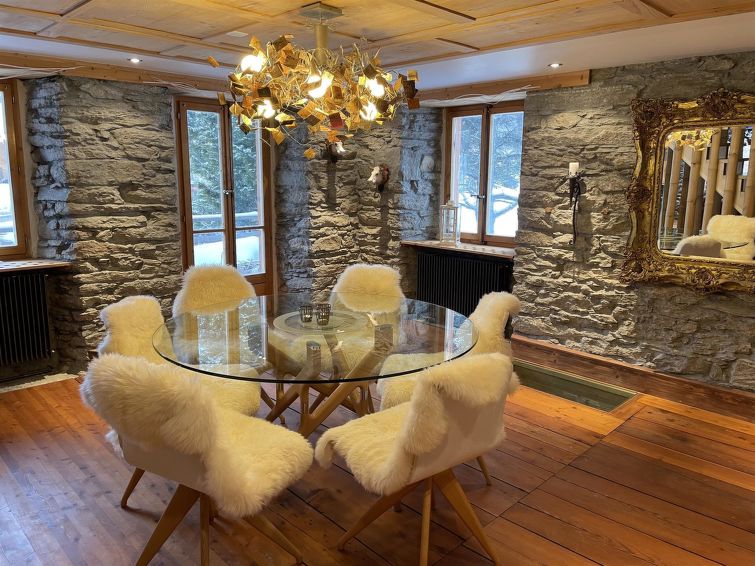 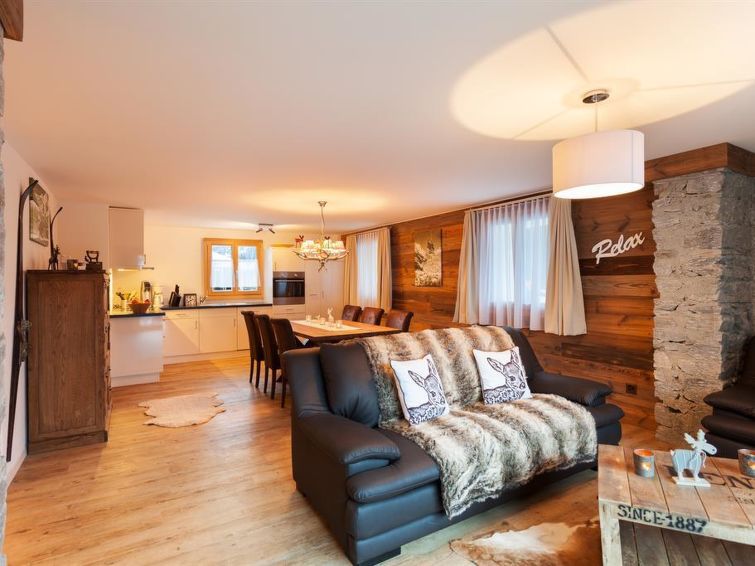 Our view on ski holidays in Saas Fee

Given that most of the slopes are North facing and the fact that you are surrounded by 13 peaks over 4000m, most of the skiable terrain is in shadow until late February making it rather cold and dark.

We think the best time to enjoy the winter season in Saas Fee is March and April when there is more light and its significantly warmer. However, if you do decide to ski in January, the resort will be much quieter with hardly a lift queue in sight! 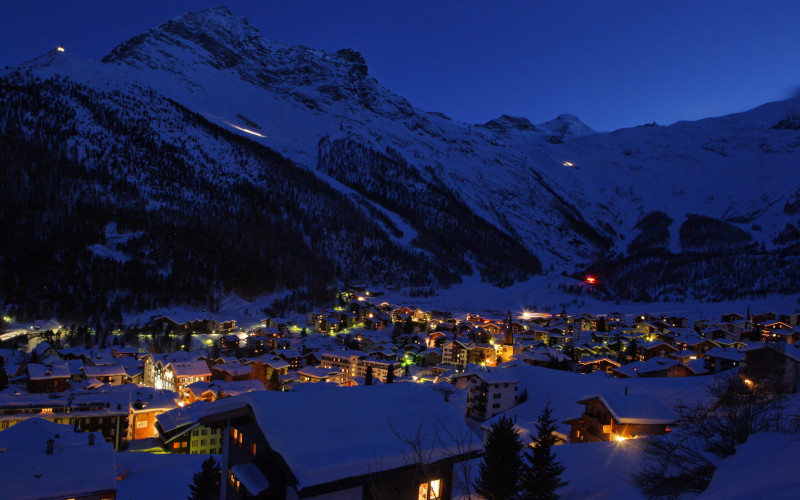 If you like Saas Fee, you may also want to have a look at Zermatt (its traffic free, 1800m high and great for kids) or Maryhofen