Les Deux Alpes started life in 1946 and is France's second oldest ski resort after Chamonix. Les Deux Alpes is actually two small villages - Venosc and Mont de Lans - and over the years, have effectively merged in to one as the connecting 2km road has been filled up with hotels, ski chalets, apartments to rent, restaurants and around 30 bars.

For a big resort, Les Deux Alpes has a relatively small number of pistes and if you like ski holidays with plenty of on-piste touring then you are probably better off heading to the Italian Dolomites.

The main ski area goes up to 3586m and stretches a long way – the top is almost 7km from the village but thanks to a modern lift system, it doesn't take long to get there if the lift queues are short which is not often the case in peak season. If you are looking for those rabbit runs amongst the tress then don't expect a lot - there are trees immediately above the village, but the main slopes in Les Deux-Alpes are virtually all above the treeline.

However, Les 2 Alpes is fortunate to be very close to several other ski areas. Apart from La Grave, which you can reach on skis, the other resorts require a short bus ride. These include Alpe d'Huez , Serre Chevalier, Puy Saint Vincent, Briancon and the Milkyway resorts in Italy giving a further 475km of pistes serviced by 135 lifts. 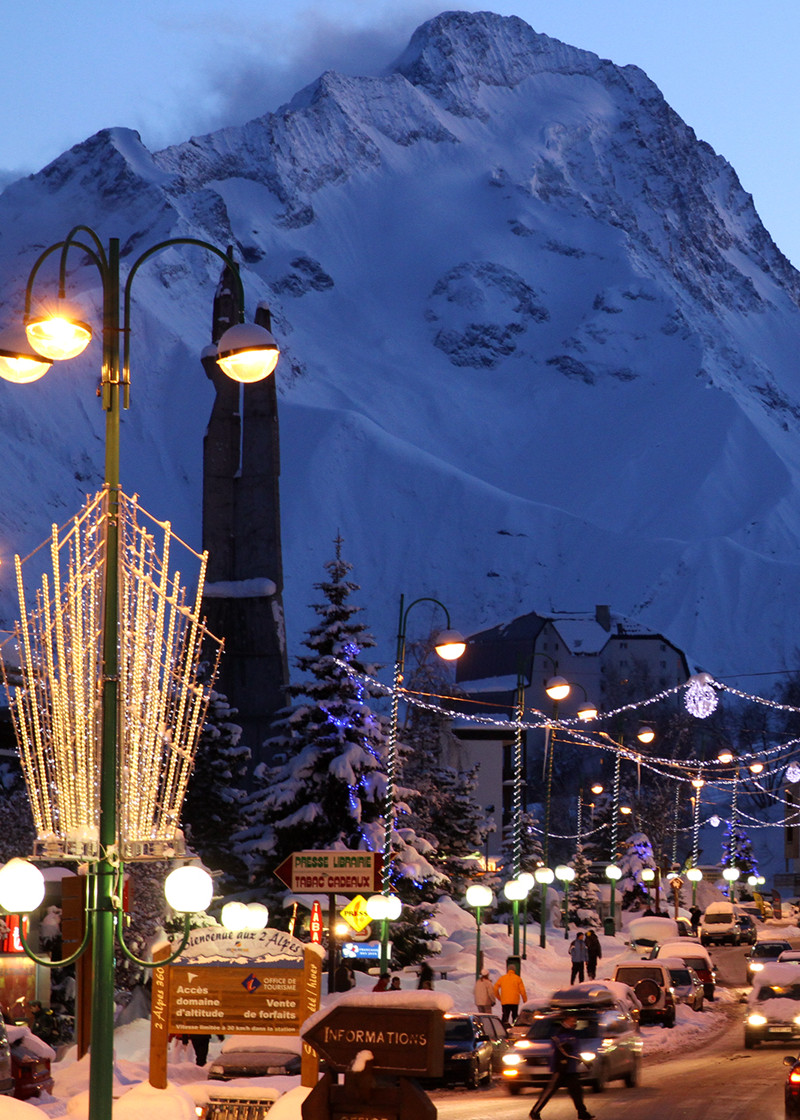 The nursery slopes are accessed from the centre of the resort so ideally located for beginners. The Glacier du Mont de Lans area has gentle cruising pistes with great views although the green run back in to town can get very busy in peak season.

Les Deux Alpes is not as kind to intermediates who have yet to master off-piste as the number of reds are limited. A good reason to get some lessons to take advantage of the huge amount of off-piste terrain and to do some touring as the on-piste options are limited.

Whilst there are 13 black pistes to test experts, Les Deux Alpes is all about the off-piste. There is a serious amount of fantastic off-piste terrain especially on the route to La Grave that starts off at 3568m! To get there, you can hike or take a snowcat from the top lift at the Dome de la Lauze.

Les Deux Alpes has become the home of snow boarders in recent years largely due to the excellent terrain park which is one of the best in the Alps. In the summer, the park moves up to the glacier and is packed out with the pros practising for the new winter season.

The Tanking Centre has a flotarium, sauna, Turkish baths and spa treatments. If you are looking for something more luxurious then try the Le Spa at Chalet Mounier which is open to non-residents but you have to make an appointment.

Good fun and lively is the way we would describe most of the après-ski in Les Deux Alpes. There are plenty of bars and clubs but also, a good mix of high quality restaurants for those who want to relax and soak up the atmosphere in a more tranquil setting.

The village nursery takes infants from six months to two years and the kindergarten from two to six years. If the children are not in kindergarten or ski school, there is usually a stack of things going on around the bottom of the slopes such as quad bikes, ice ice skating and sledging.

For quieter and more picturesque surroundings with some superb chalets and apartments to rent, the village of Venosc at 960m is a better option and takes just 8 minutes by gondola.

Our view on Les 2 Alpes

We think this is a fantastic ski resort for beginners and advanced skiers. If you have mastered off-piste then you will have some seriously good fun touring especially in to the La Grave area. With very lively après-ski, this is a fun resort during the day and night. A few suggestions...

If you like Les Deux Alpes, the resorts of Alpe d'Huez is also worth checking out with very lively après-ski and superb glacial skiing. 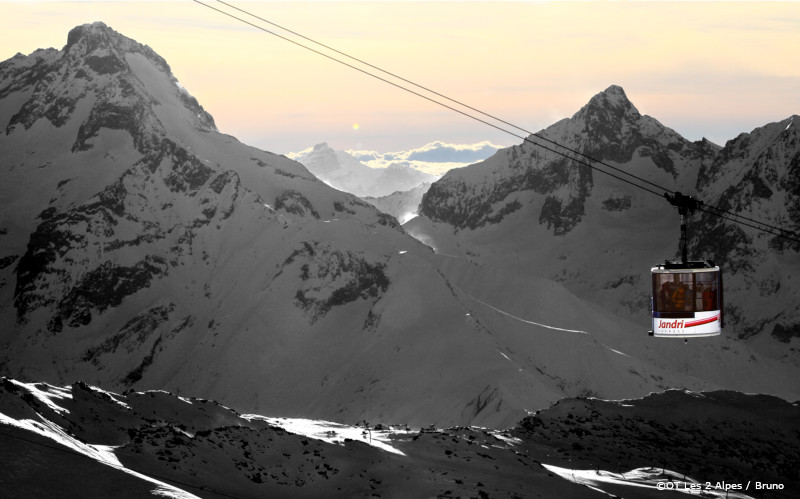