The ski area of lift linked Flims, Laax and Falera is extensive catering for all levels of skier and boarder

The ski area is huge with 235kms of pistes and great off-piste freeride itineraries. One look at the Flims piste map shows the scope of terrain and variety of on and off-piste areas with many of the trails and pistes flowing right down in to the villages.

Beginners tend to start off on the gentle slopes at Flims or Falera before progressing to the blues around the top of the Crap Sogna ski area.

Intermediates are well catered for with many blues and reds including the large bowl below La Siala while experts have many off-piste trails to explore.

With 4 snowparks that cater for beginners to pro-riders, the White Arena is a magnet for snowboarders. The resorts has invested heavily in its terrain parks and includes an Olympic sized super halfpipe. 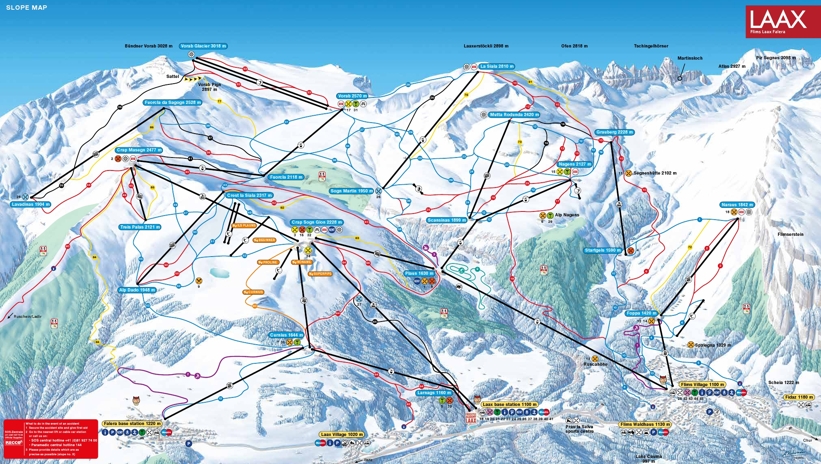